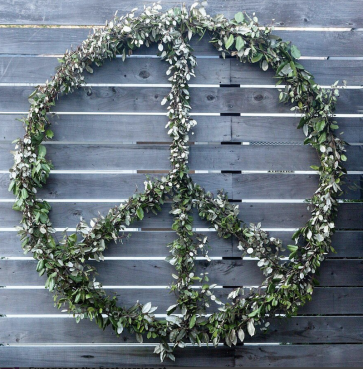 Looking back at the whirl that was 2017, we see a luxurious montage illustrating our bedrock ethos of good farming, good cooking, good eating — but moreover, we see good people, good neighbors, and good friends in every photo.

This was the year of the terrible fires that destroyed huge swathes of the North Bay and taught us all humility in the face of nature while reminding us of the importance of helping one another. 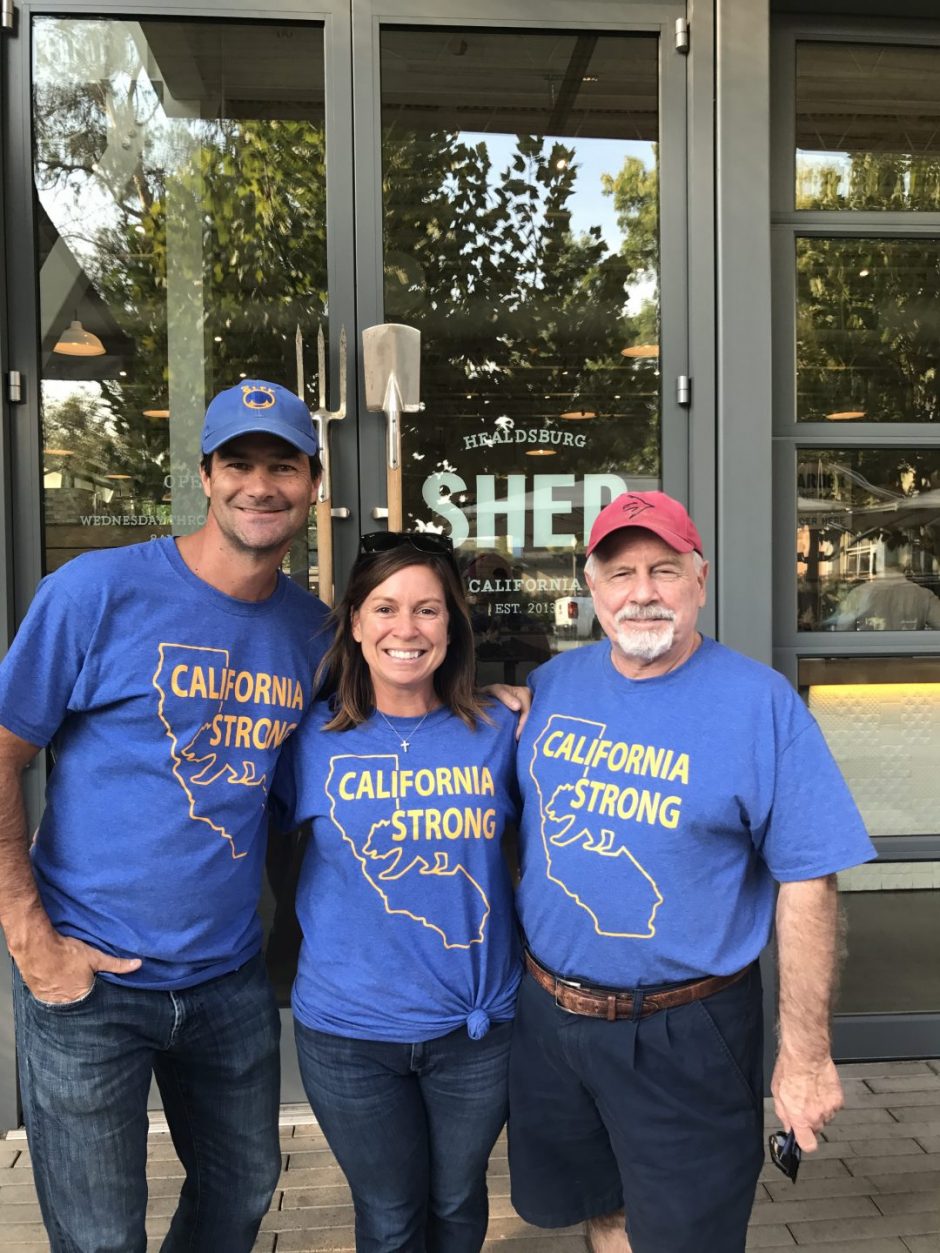 It was a year in which we celebrated women’s accomplishments . . . 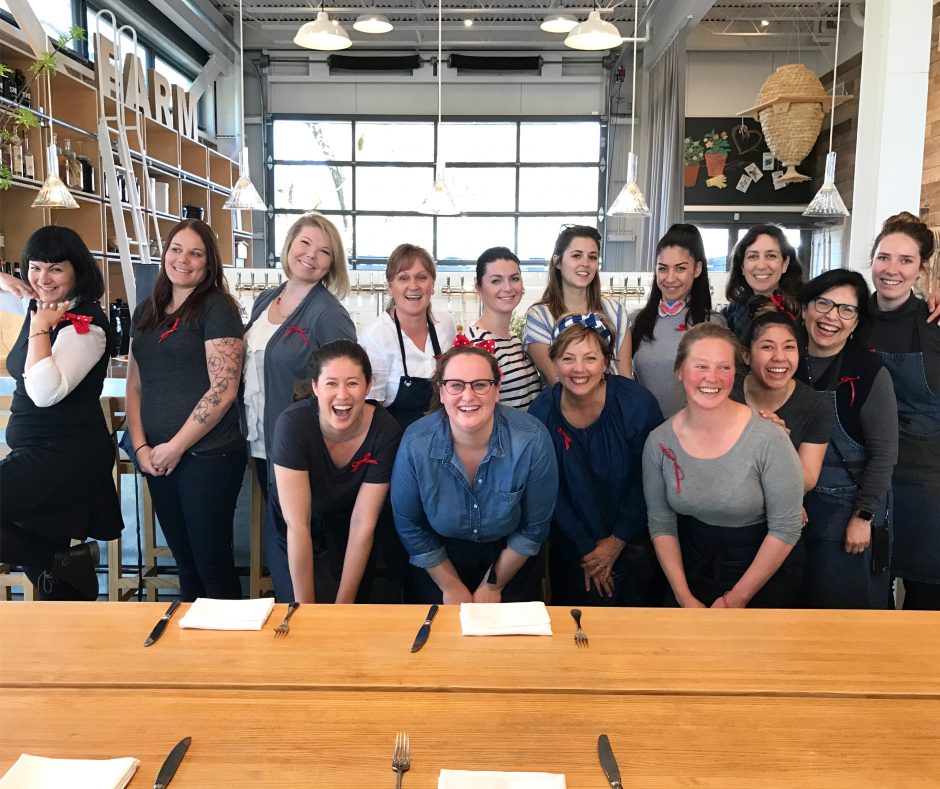 . . . and, for the month of October — the entire state of Oaxaca! — helping to support the local nonprofit Corazon. 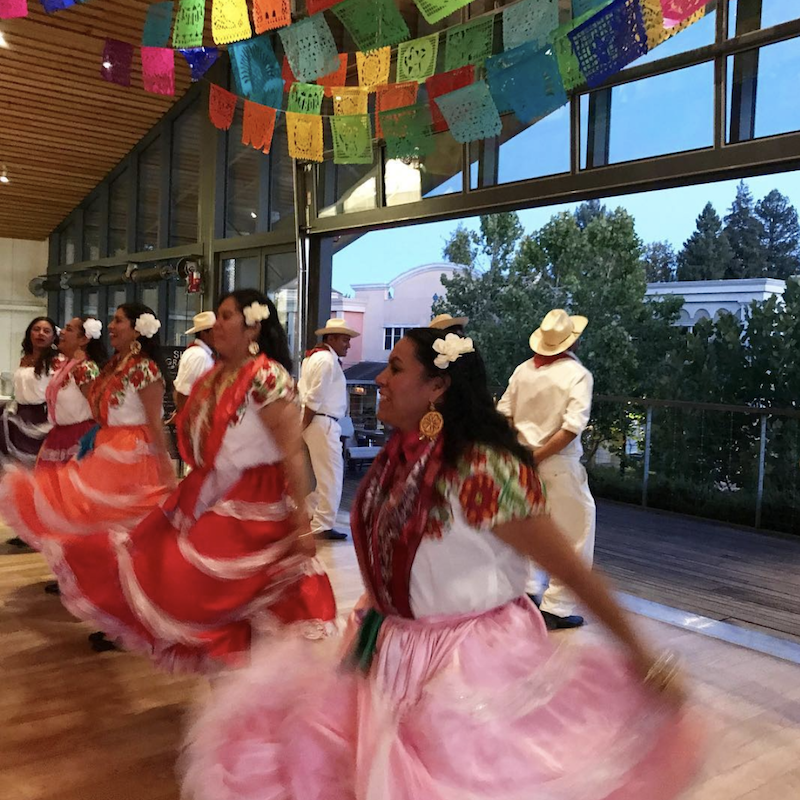 We enlarged our Healdsburg Café this year by moving our Farm section to its own clever storage unit outside of the store . . . 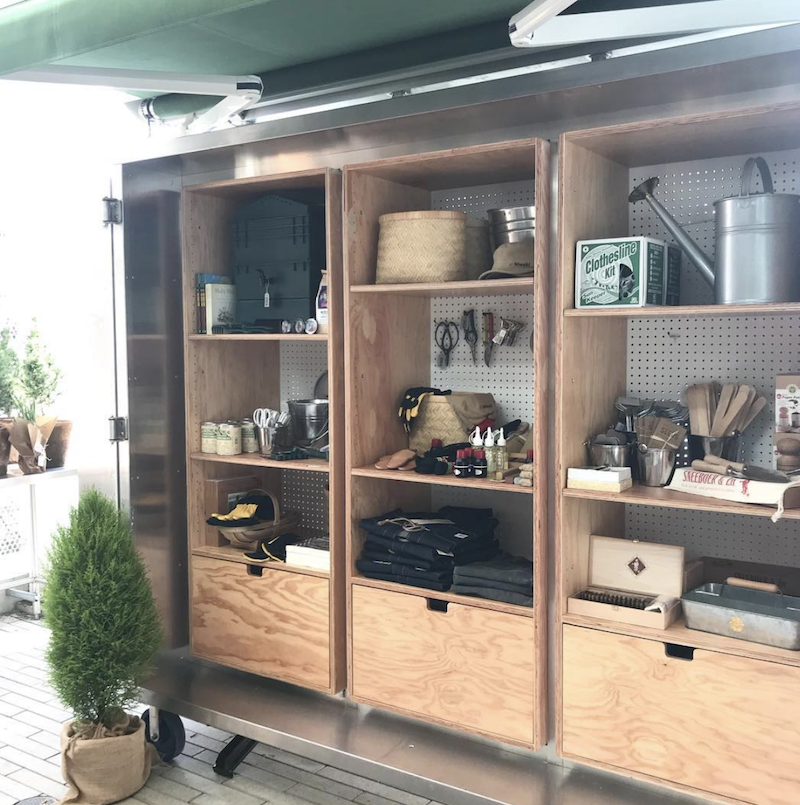 . . . and using its former space to place a new load of comfortable tables. 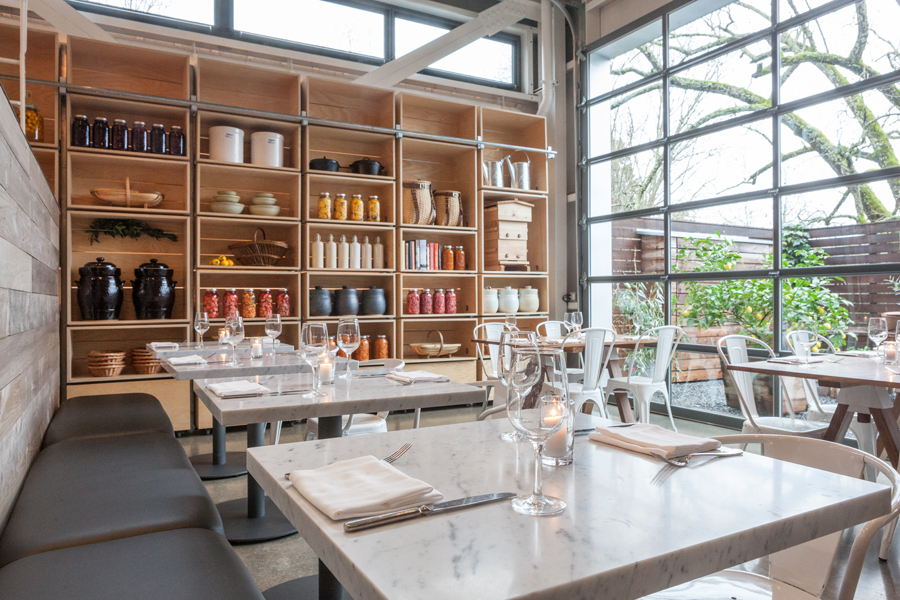 It was a giddy year in which we were honored with a Bib Gourmand, were awarded a Slow Food “Snail of Approval,” were hailed by Robert Parker himself, and named to the San Francisco Chronicle‘s influential Top 100 Restaurants list. Among others! 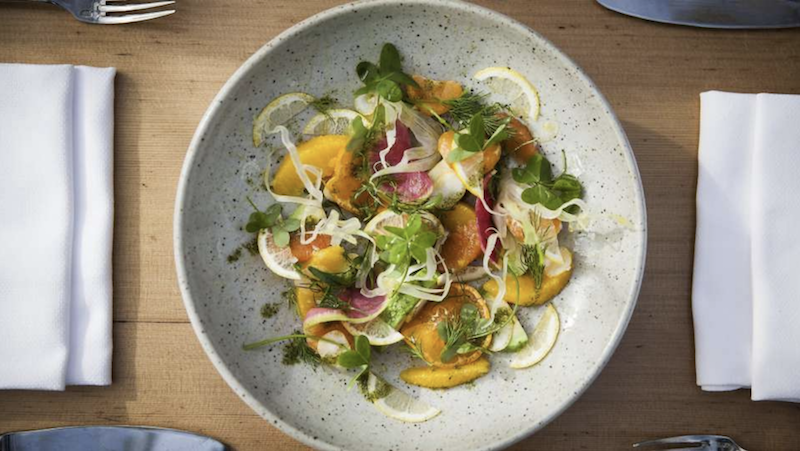 We had the thrill of being featured in Martha Stewart Living, which even took the time to capture Doug — and his turnips. 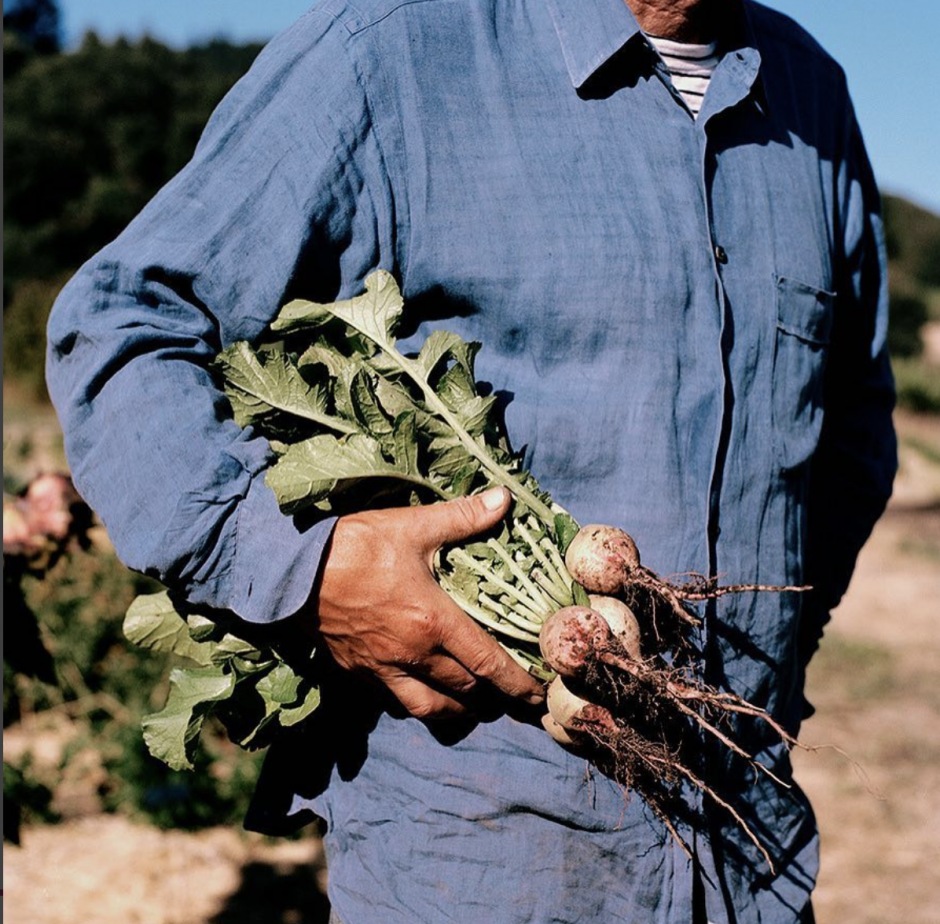 In June, photographer Roman Cho showed work from his Culinaria project throughout our Healdsburg store. 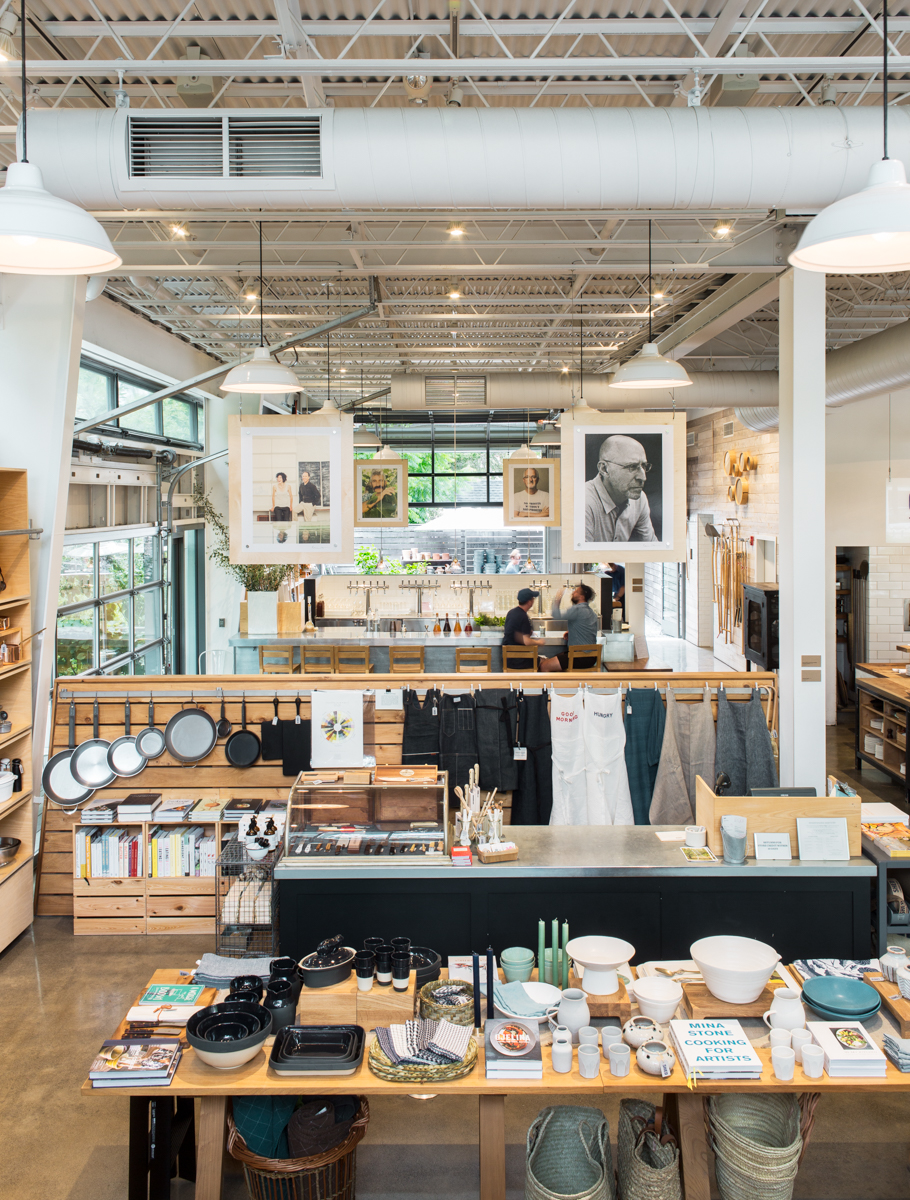 2017 was the year that we launched our Larder Take Away program online, featuring everything from that which you need for dinner tonight (hint: fried chicken) . . . 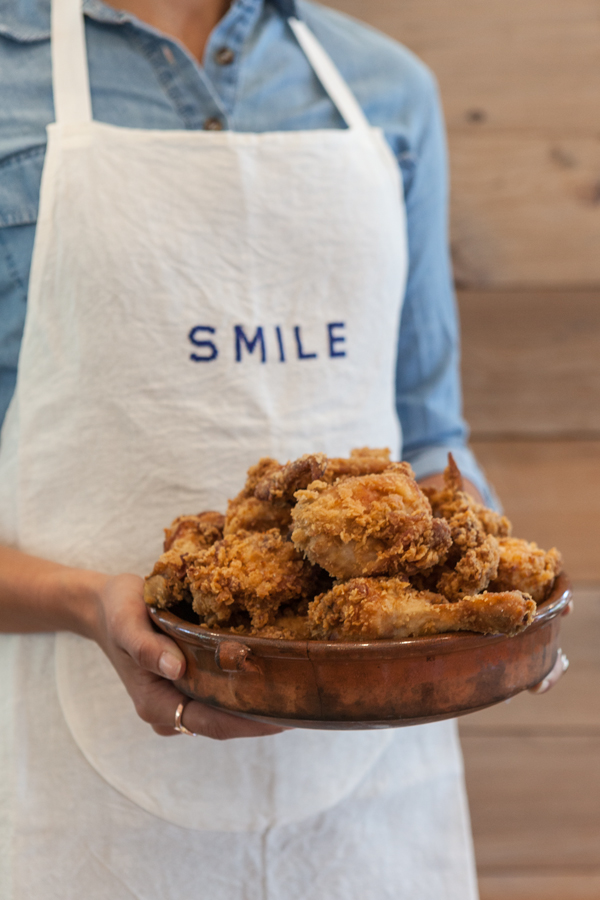 . . . to what you might want to bring along for a picnic or wish to feed those hungry colleagues gathered for an offsite retreat. Our preserved fish program, spearheaded by Perry Hoffman (below, left) is among those SHED foods named finalists in the 2018 Good Food Awards! 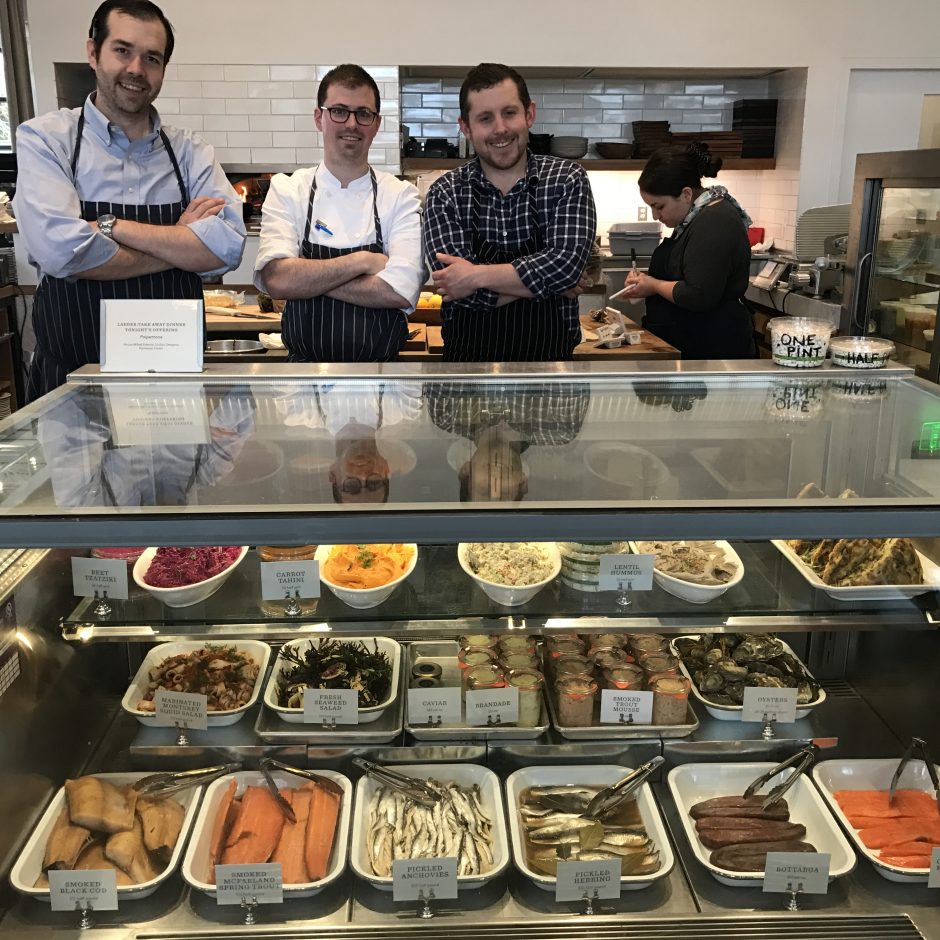 In April, we celebrated our fourth anniversary with cake. . . 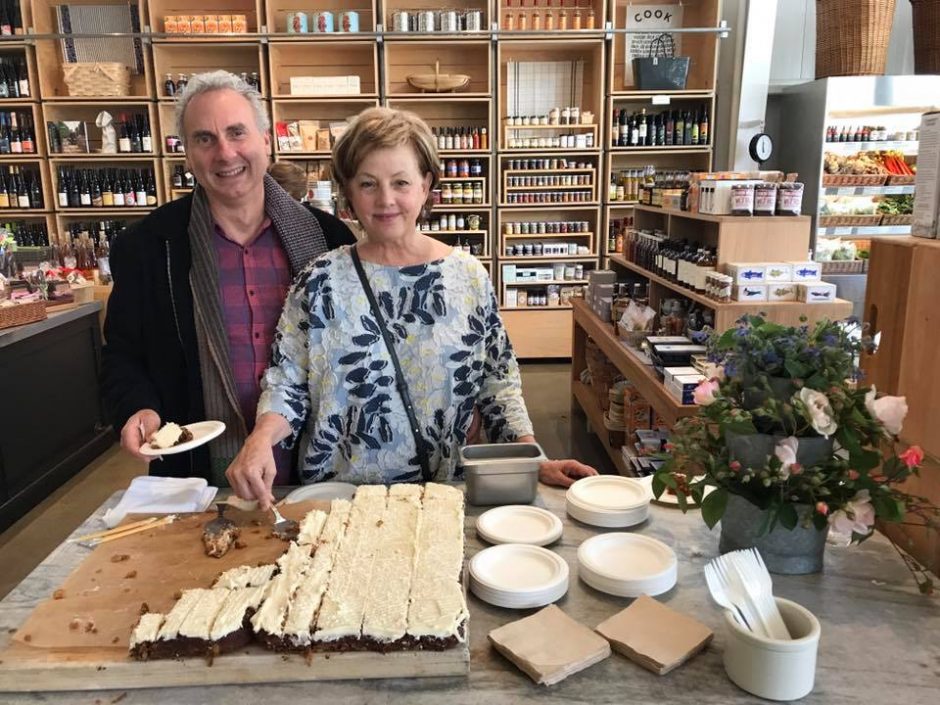 . . . and by expanding our proprietary Pantry Line of house-made powders, shrubs, preserves, and other essentials. 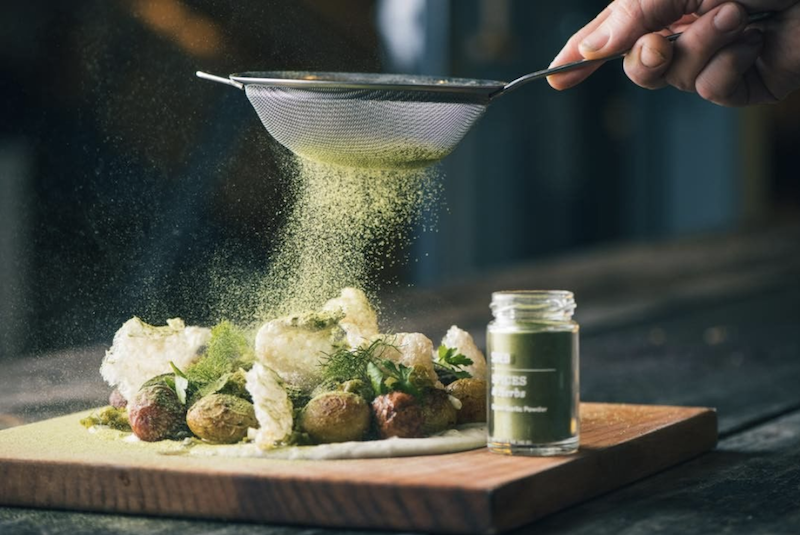 From this new collection, we created a special Pantry Box full of goodies with an accompanying Pantry Share program. 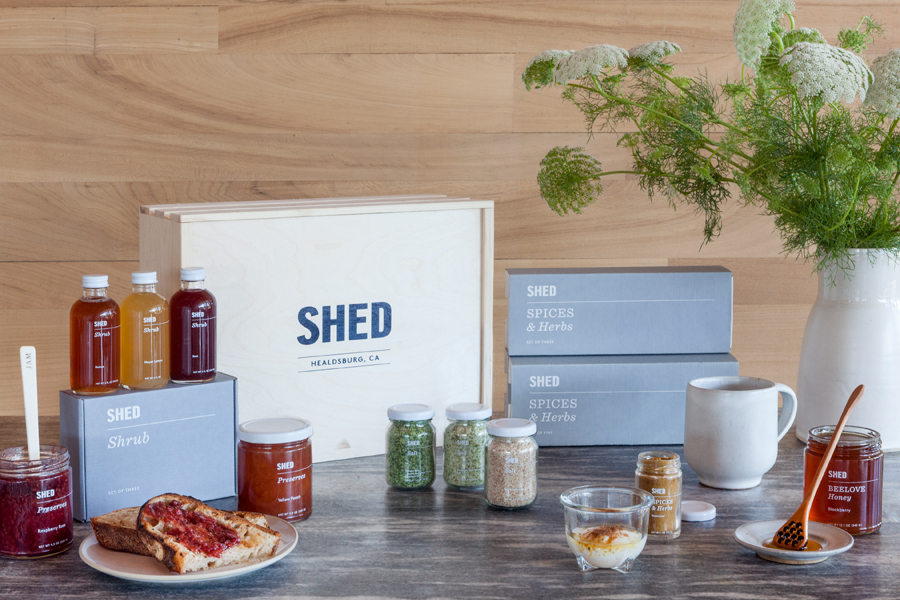 This was also the year that the artistic stars aligned, allowing us to launch our own line of stoneware dinnerware settings, created by Pope Valley sculptor Richard Carter just for the SHED. 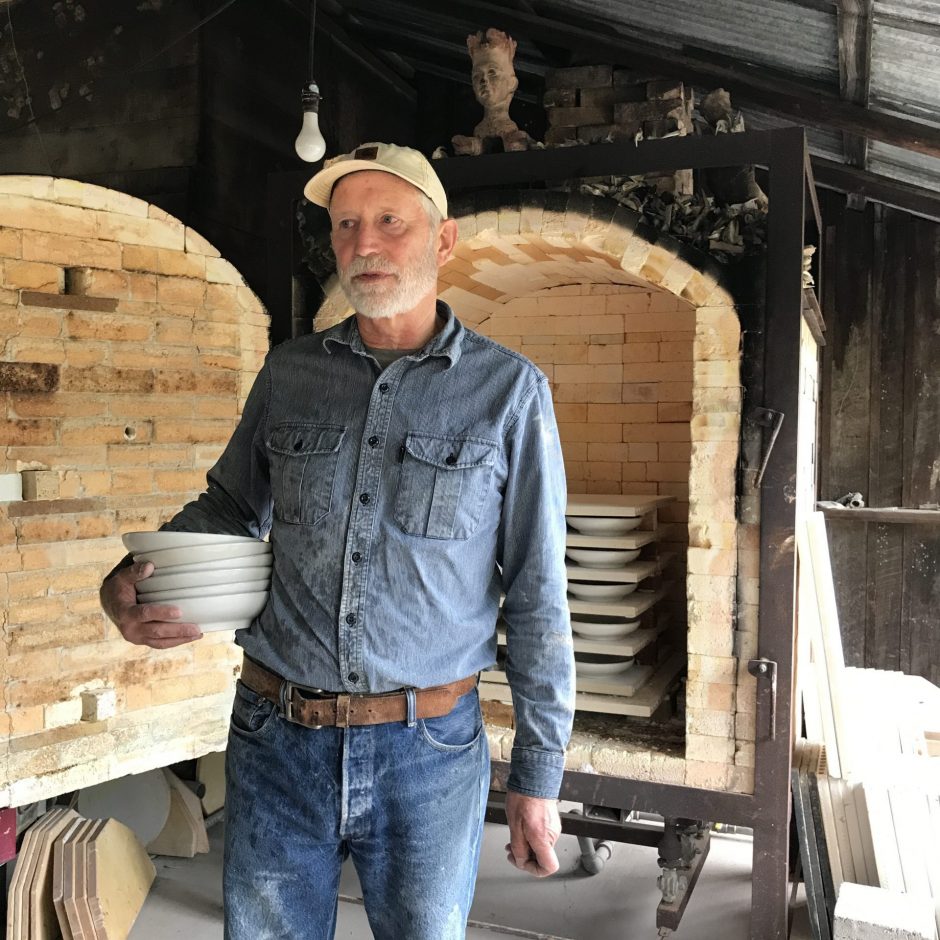 We’d be remiss not to mention the hundreds of events we hosted, from community fundraisers to dance concerts, from film premieres and small documentary screenings to sold-out dinners, community suppers, and celebrity events. Author and chef Deborah Madison joined us with Roots of Change founder Michael Dimmock. 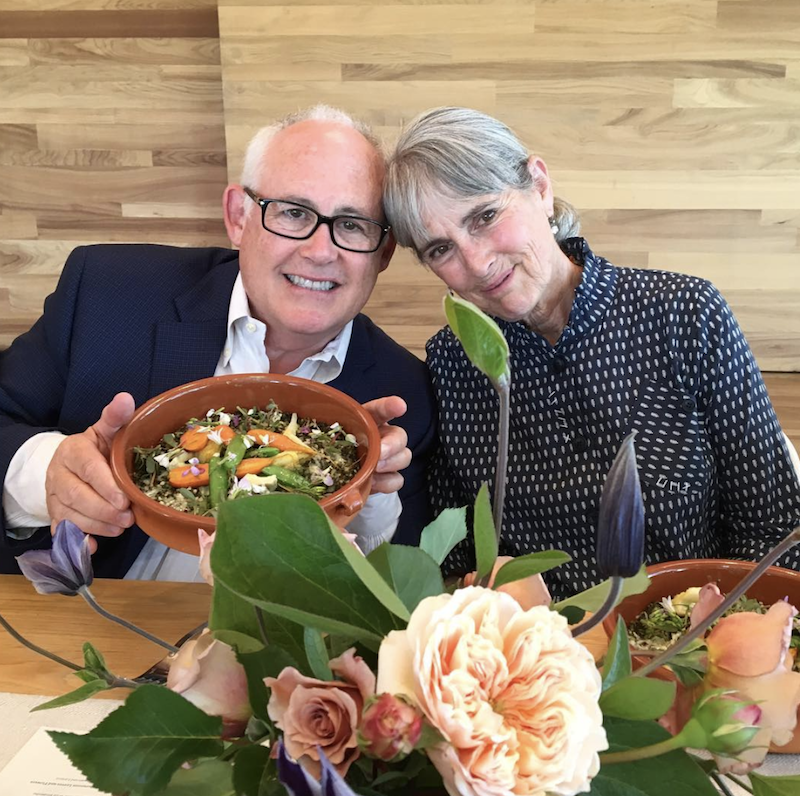 Paula Wolfert, the cookbook author who introduced duck confit and so much more to American kitchens, appeared in support of her gorgeous autobiography Unforgettable with photographer Eric Wolfinger and biographer Emily Kaiser Thelin. 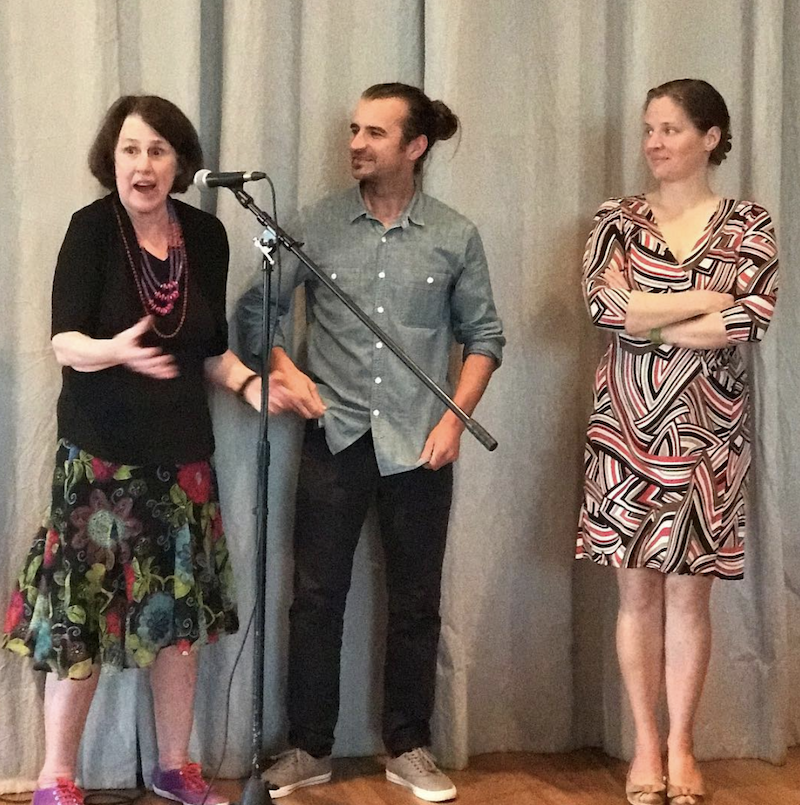 Wendell Berry‘s daughter Mary Berry joined us for a sold-out evening in November to introduce the new documentary on her father, Look & See, which puts his poetic/agricultural philosophies into greater context. He’s a hero of ours; getting to meet Mary was a thrill! 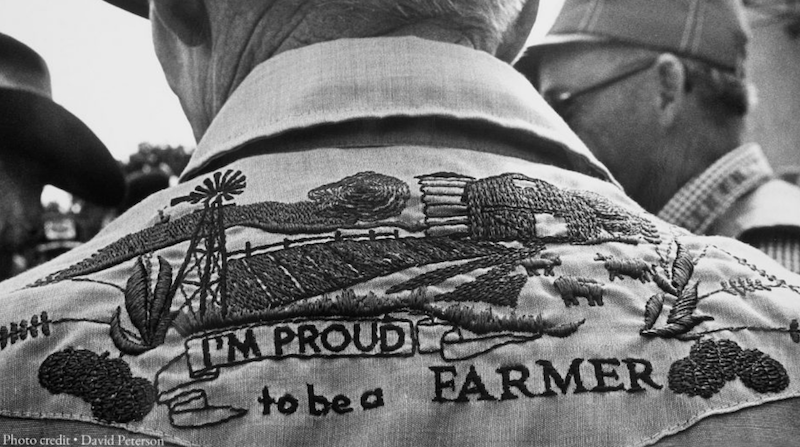 We welcomed such chefs as Portland’s Josh McFadden, whose Six Seasons cookbook is kept in constant home use by some of our more avid staff, and paired his good food with the great grape coming from Scribe . . . 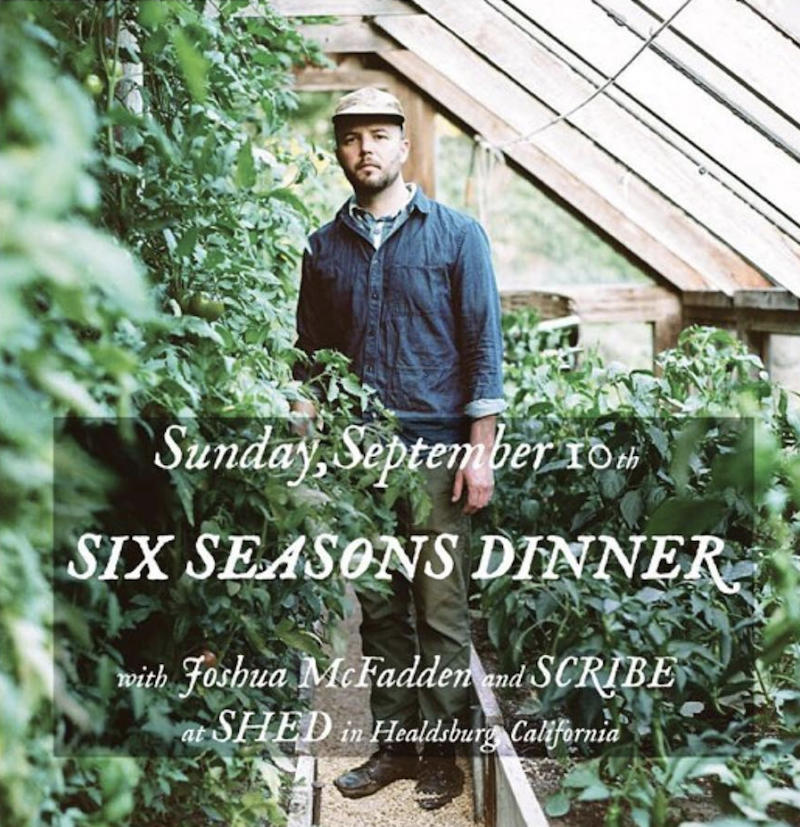 . . . and launched our Zero Foodprint program with Mission Chinese and The Perennial’s Anthony Myint (shown below) and writer Kenji López-Alt, replete with a community meal to offer insight on the Zero Foodprint concept and how a multi-faceted operation like SHED might achieve its parity. 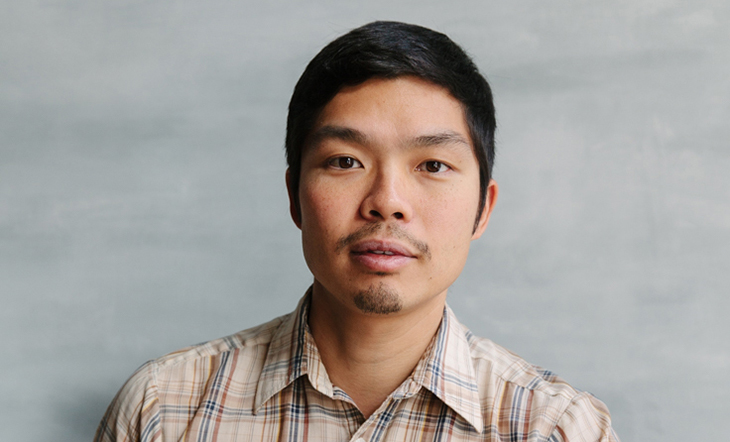 Learning is a core value and our workshop roster was full this year as always. Among the highlights was the Studio Mondine tutorial on floral design co-hosted by photographer Gemma Ingalls. . . 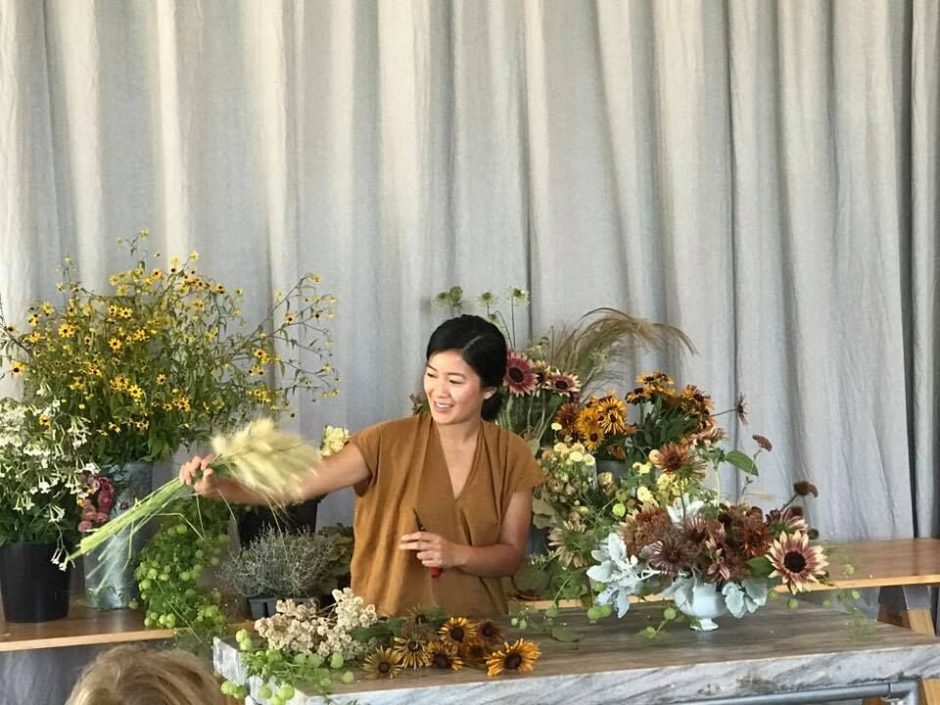 . . . and hosting students at our own HomeFarm for a Sun Hive workshop with natural apiarist Michael Thiele. 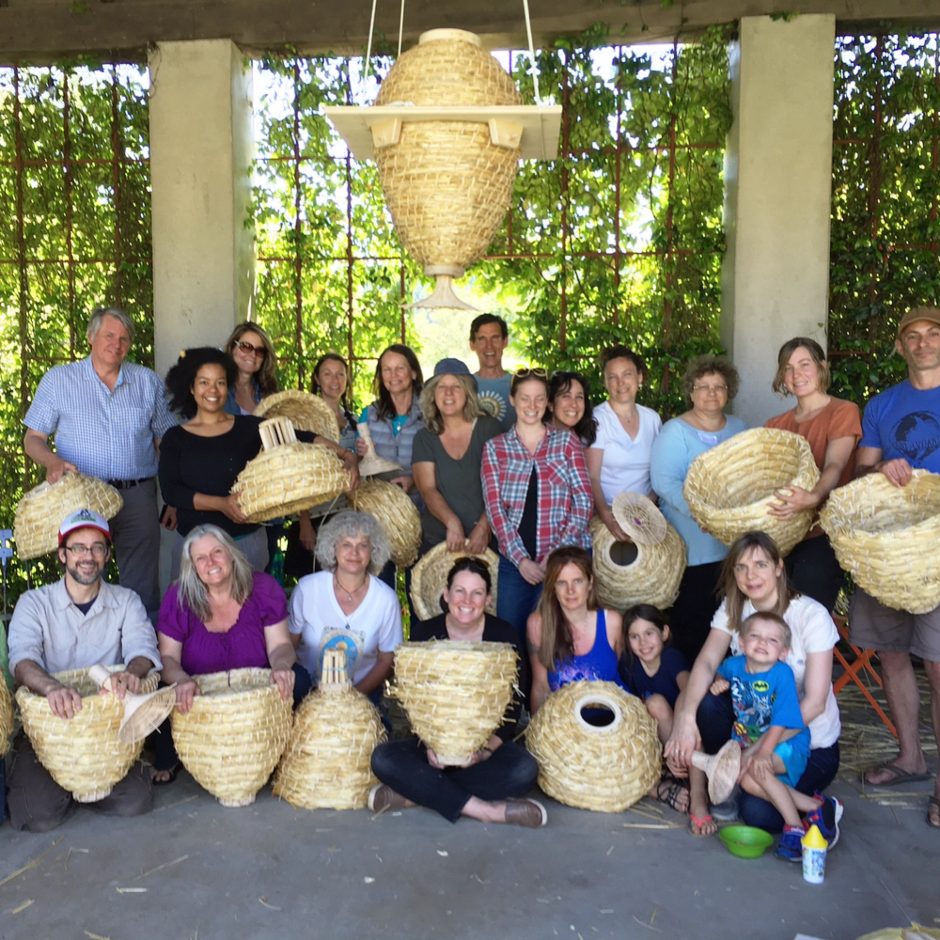 Proud to sponsor the Healdsburg Jazz Festival and the UPside Dance Company, we revel in providing such small surprises as the occasional free live jazz from the excellent Dry Creek Trio (yes, that’s Doug on guitar!). Stop by early and often to see what we have in store. 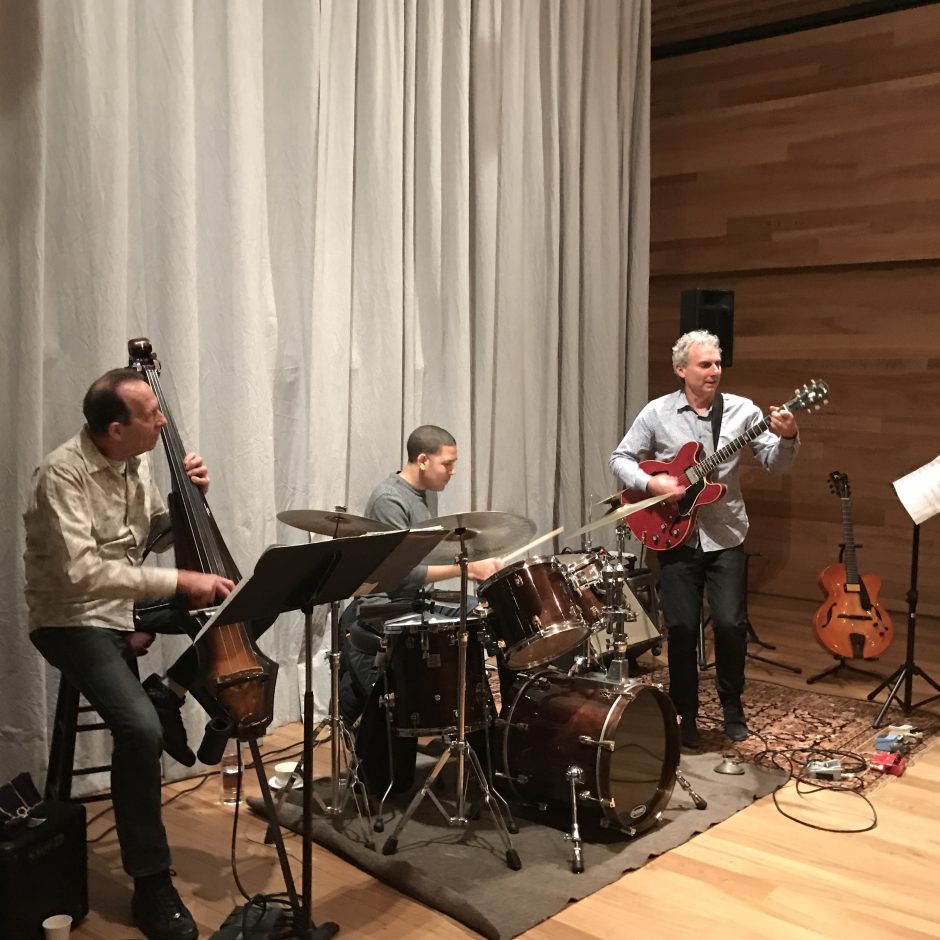 We know that this coming year will be full of more dinners, learning, films, dance, music, and fun. We don’t know what else to expect — and that’s OK. We just hope to spend part of it with you!