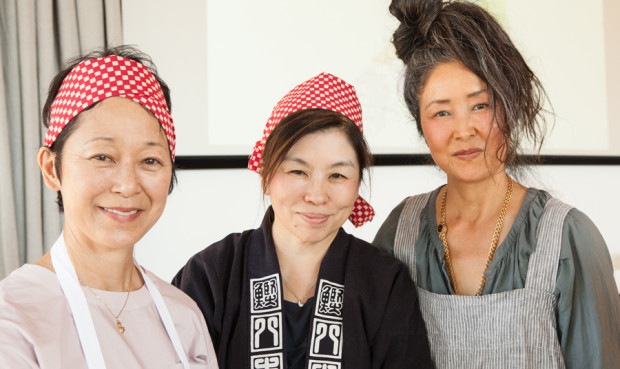 As part of our special ‘There and Here’ October programming celebrating the food, people, artisans, and traditions of Japan, we invited Mamiko Nishiyama, the proprietor of Tokyo’s Yagicho-Honten dashi shop, to spend time with us at our Healdsburg store.

END_OF_DOCUMENT_TOKEN_TO_BE_REPLACED 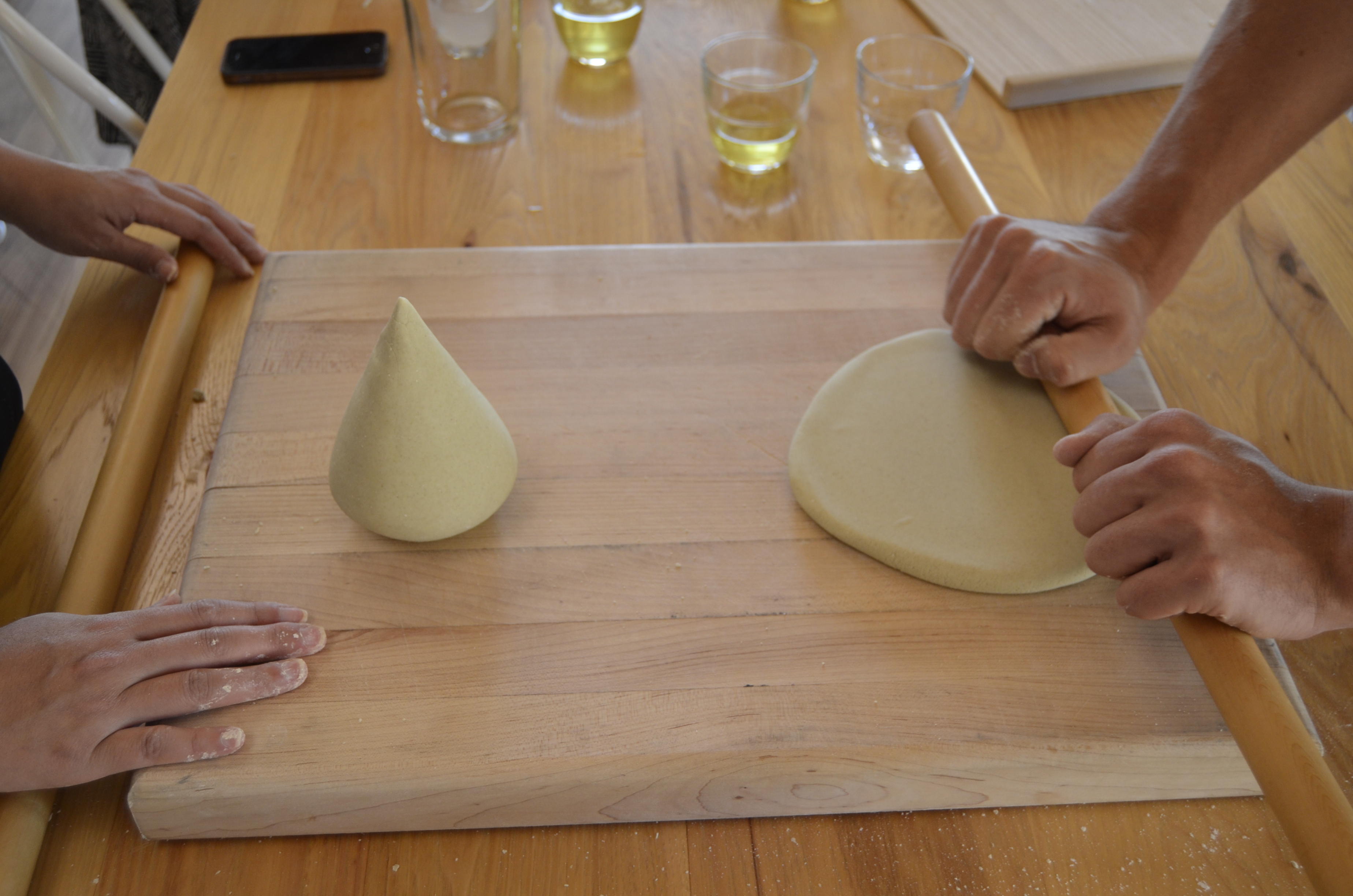 Even if you know no other Japanese, the word for teacher is something you’ll probably never forget. This week and next, we’re honoring the sensei in the SHED Grange, as we bring in teacher Sonoko Sakai and friends to teach us how to bring the art of Japanese cooking into our own kitchens.

Sonoko is a writer, former film producer, and champion of Japanese traditional cooking who has come from Los Angeles to be our chief organizer, translator, and guide into a world of umami. She is also our connection to Mamiko Nishiyama, owner of Yagicho Honten, one of the oldest and most famous dashi shops in Tokyo, and Toshiya Kotorii, trained soba master and graduate of the Tsukiji Soba Academy. Along with California rice grower Robin Koda, who will provide her family’s heirloom rice for our workshop menus, and Mariko Grady, who is coming to teach later in the month and whose fermented foods grace our larder shelves, we are indeed in capable hands.

Sunday’s workshop will be an exploration of dashi and the Japanese Pantry. The shelves of the SHED pantry are filling up with Japanese dried goods such as rice, dried seaweed, sesame seeds, soy sauce, sweet rice, and katsuobushi. Learn how to use them to their fullest potential with Sonoko and Mamiko, and then sit down to a lunch of traditional Japanese food including Sweet Rice with Shiitake, Scallops, Pork, and Hijiki, Sardine Dashi Miso Soup, Handa Somen Noodles and Tamba Black Beans.

Yagicho Honten, Mamiko’s family shop, was established as a katsuobushi wholesaler in 1737 Tokyo, in the second year of Genbun in the reign of Yoshimune Tokugawa, the 8th Shogun of the Edo bakufu. This is all to say that that Mamiko Nichiyama knows her dashi, as do her parents, and her parents’ parents. Dashi stock, the foundation for all Japanese cooking, is made of dried and shaved flakes of katsuobushi and other marine and agricultural products such as dried kombu and shiitake mushrooms. Mamiko’s shop provides these essential ingredients to chefs and artisans in Michelin-starred restaurants and fine retail stores. We’re honored to count ourselves among them.

According to the lore of Japanese cooks, it takes three years to perfect the subtle art of blending buckwheat flour into perfect proportion with wheat flour to make true soba. Once you’ve got that down, rolling and cutting the dough is an education onto itself. The buckwheat plant is not a true grain, so it is naturally gluten-free, making it’s flour nearly impossible to form into noodles. The physically taxing, repetitive motion of rolling and cutting the noodles into uniform size is both a workout and meditation.

Next Saturday’s soba workshop will be co-taught by Sonoko and Toshiya Kotorii, both graduates of the Tsukiji Soba Academy, near the famed Tokyo fish market of the same name. After his apprenticeship at the Academy, Toshiya worked in the fast-paced world of the stand-up soba bar before becoming a teacher himself. He currently shares his love of soba with locals and visitors alike throughout the Tokyo area. Toshiya is bringing fresh, new-crop buckwheat straight from Japan just for the workshop (the buckwheat was harvested, threshed, dried, and milled specifically for making soba, and contains 20% wheat flour, as tradition dictates). After the workshop, participants will dine on soba served in hot brothy soup and chilled with dipping sauce. Join us for the afternoon and revel in the simple art of making the perfect, slurpable noodle.

Space for both of these workshops are limited, so please book your ticket today for a chance to learn from the masters.

Editors Note: This guest post by Sonoko Sakai is reprinted by author permission. It originally ran on Zesterdaily.com.


Coming through LAX recently, I got stuck in customs because of the food I was bringing home. I declared it, but the authorities wanted to take a look. “What’s in that box?” the agriculture inspector asked me. “It’s flour,” I answered.

END_OF_DOCUMENT_TOKEN_TO_BE_REPLACED 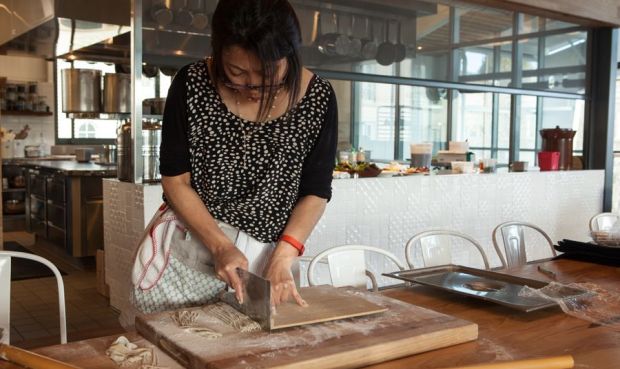 Our Sunday Suppers are slated for the last weekend of each month and are priced to make it an easy decision for you to join us. Here's a small photographic sampling of what you missed — or a recap if you were lucky enough to attend! — on March 30. Photos by Caitlin McCaffrey.

END_OF_DOCUMENT_TOKEN_TO_BE_REPLACED 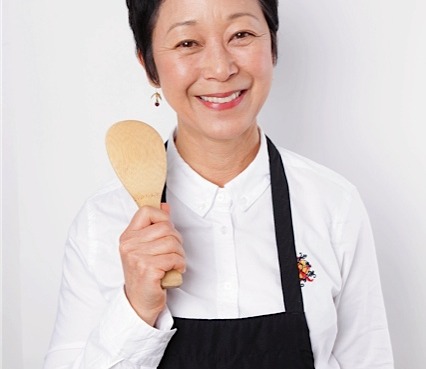