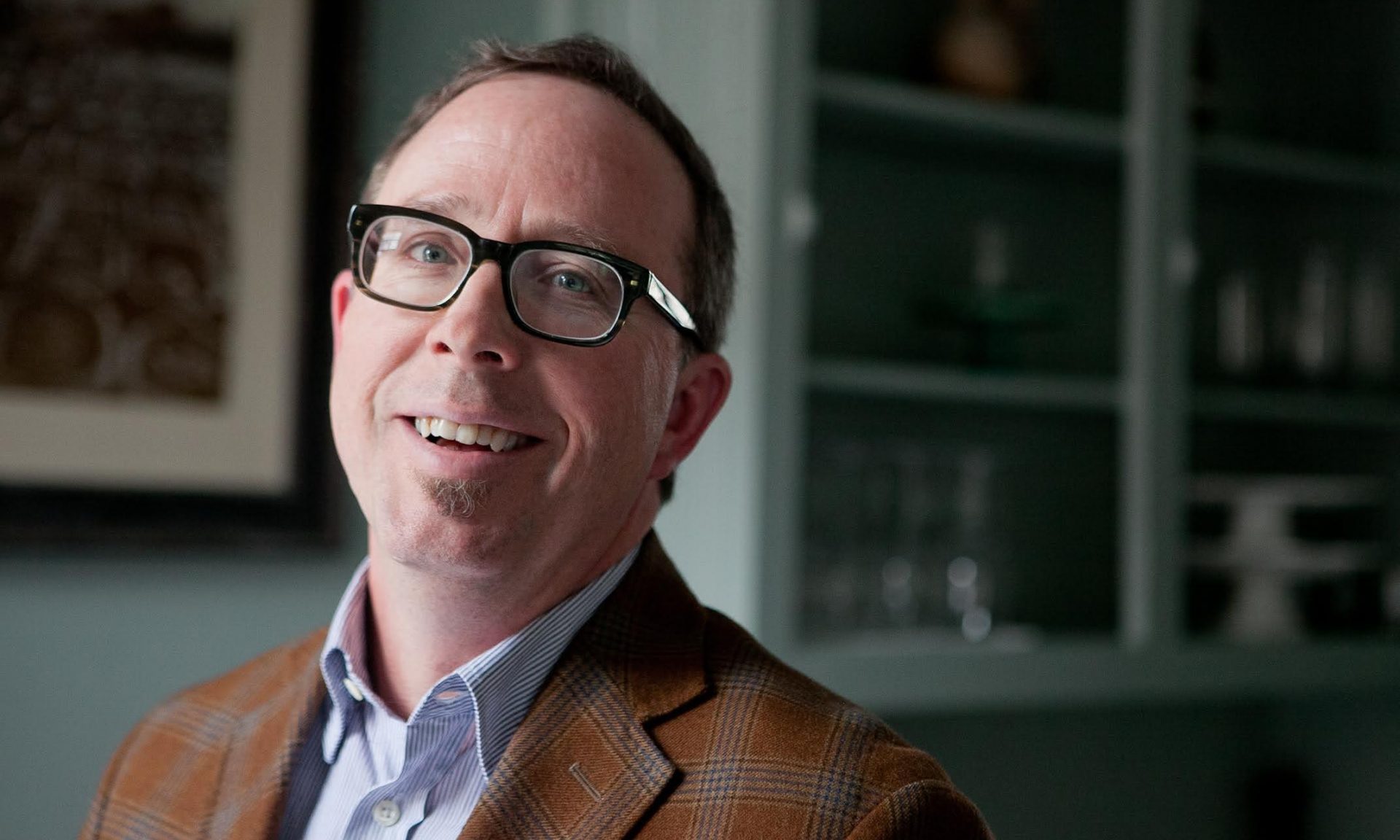 The longer the greens stew with the meat, the richer the pot likker. When the meat and greens are scooped from the pan to be placed on the plates of the privileged, the fat and vitamins stay behind for the bowls of the poor. The bottom of the pan holds the best part of the meal.

Using this as a metaphor and a title, food journalist John T. Edge sketches a brief history of modern Southern culture through what was eaten and who cooked it in his new book, The Potlikker Papers.

The PotLikker Papers grew out of Edge’s 2002 masters dissertation, written during a career curve that found him abandoning the corporate world for an academic career that would earn him a James Beard Award for his writing and a position heading up the Southern Foodways Alliance project at the University of Mississippi.

“For me, this book was an attempt to boil down, distill down 60 years of Southern history and offer voice to all those cooks who express themselves through a kind of subversive creativity in the kitchen and the fields and at tables,” Edge told NPR in a recent interview.

He begins with the Civil Rights movement, one that centered in part on the right to sit at a counter and eat, and one that was certainly fueled by home kitchens and underground restaurants.

“I initially thought I was going to write a book that was the post-Civil War South,” Edge told the Los Angeles Times in an interview. “[But] I recognized along the way that I’m definitively disinterested in the Civil War, and that the South I embrace, love and am also angry with begins to take shape as the Civil Rights movement comes into focus.

“And if you think about one of the propulsive moments of the movement, you come to the Montgomery bus boycotts.”

And you come to Georgia Gilmore, an indefatigable mother of six who literally nourished the movement from her own kitchen.

You come to the Black Panthers, for whom feeding the masses was a radical act. You come to the hippies who founded The Farm in Tennessee in order to grow food unfettered by corporate interests and you come to Jimmy Carter’s down-home appeal and Paul Prudhomme’s Cajun celebrity and Craig Claiborne’s refined Frenchified approach.

And eventually you come to the return of the real food of the real people of the real history of the South — fueled by bourbon and brisket.

“Instead of a myth-veiled cultural monolith, I see the South as an album of snapshots,” Edge writes in the book’s introduction. “I hear the region like it’s a jukebox of 45s. The South I sample is a menu of dishes. Shaped by a four-century-long call-and-response between masters and enslaved peoples, a back-and-forth between Native Americans and immigrants, the region I know, the place that comes to life in The Potlikker Papers, rejects easy encapsulation.”

The result is a fascinating collection of essays that travels widely, introducing us to Colonel Sanders’ foul mouth (and his loathing of his chicken once the franchise was sold), and the innovative cookbook author Edna Lewis before taking us all the way to the present day with South Carolina celebrity restaurateur Sean Brock (newly famous for becoming sober).

What results is a singular story of women, even when Edge focuses on men. Whether a white baby is placed on a black breast — as with an opening anecdote about a mother able to buy a farm by working as a wet nurse — to the tale of Gordonsville, VA, the “chicken-leg center of the universe,” where, Edge writes, “black women supported their families and ‘built houses out of chicken legs'” by making portable meals that could be passed in through car windows in an ad hoc variation on fast food.

Today, a Southern eater is just as likely to enjoy an el pastor taco or a bowl of pho as a plate of meat and greens. “What was once a region of black and white, locked in a struggle for power, has become a society of many hues and many hometowns,” Edge writes, looking on as his teenaged son’s generation emerges.

“Given time to reconcile the mistakes my generation made with the beauty we forged amid adversity, his generation might challenge the region of our birth to own up to its promise.”

That’s a prediction we’re glad to wait for, slowly supping the good stuff from the bottom of the pan.