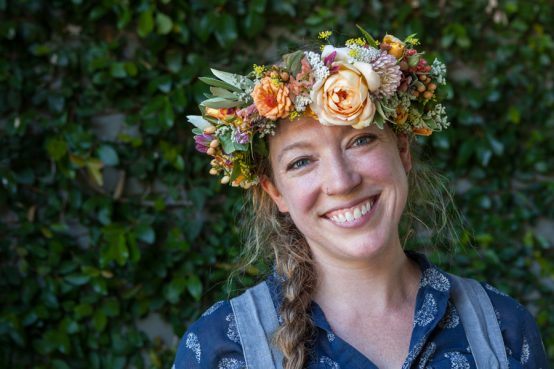 There’s no better accessory for late summer weddings, garden parties, or weeknights (why not?) than a flower crown. Whether it’s a simple band of greenery or a riotous floral bouquet, donning the season’s bounty always puts us in a festive mood. It turns out it’s surprisingly simple. You’re just a trip to the craft store and a walk through the garden away from getting your midsummer night’s dream on. 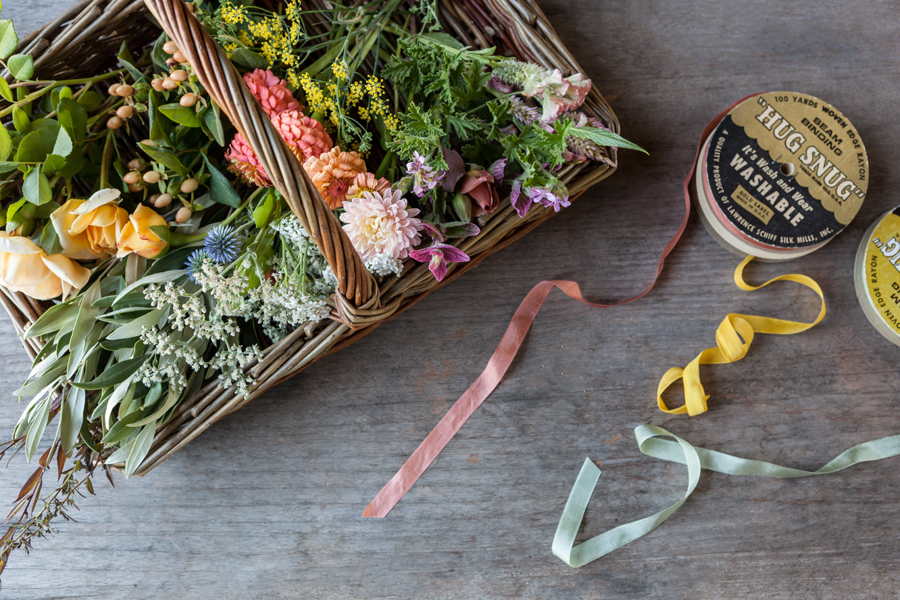 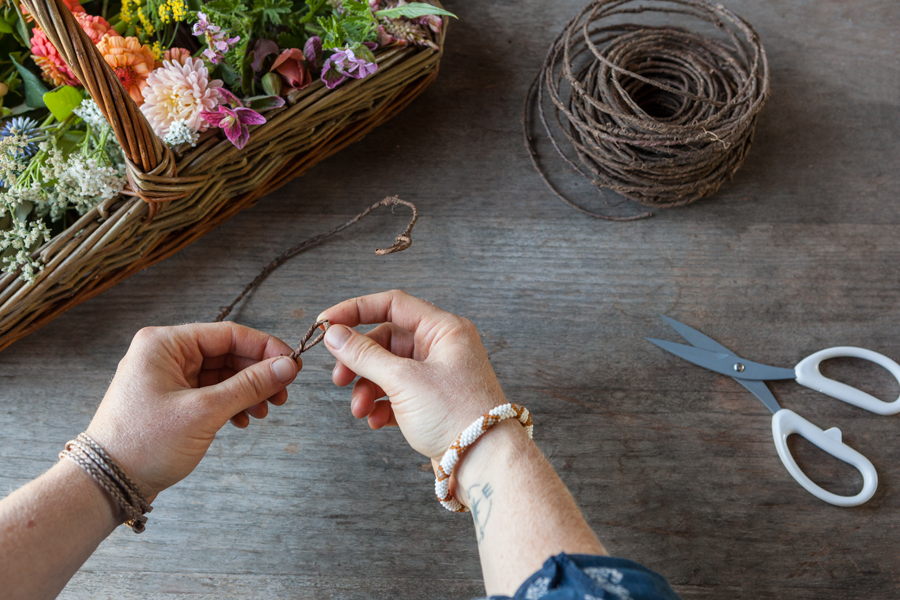 Step 1:
Cut a section of bark covered wire equal to the circumference of your head. Create a loop at each end of the wire and twist to secure. Trim sharp edges of wire, if necessary. 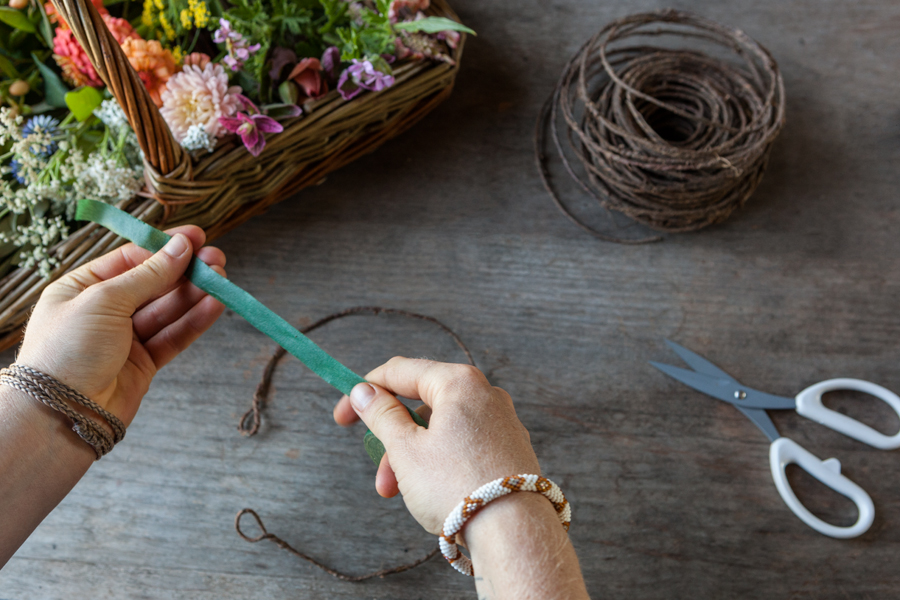 Step 2:
Trim the first few flowers or pieces of greenery you would like to attach to the crown, leaving a 1-2” stem. Cut a length of floral tape that will be easy to work with, approximately 2 feet long. 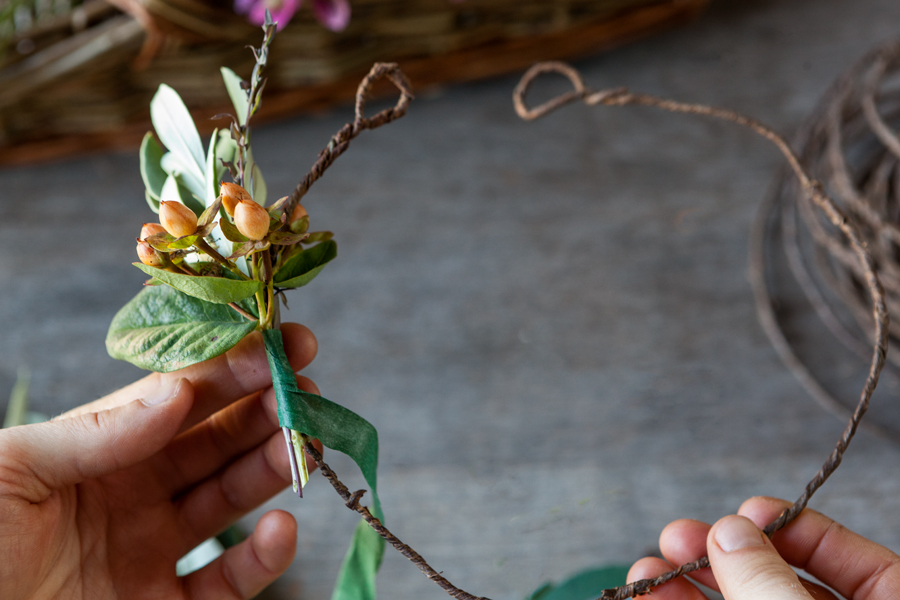 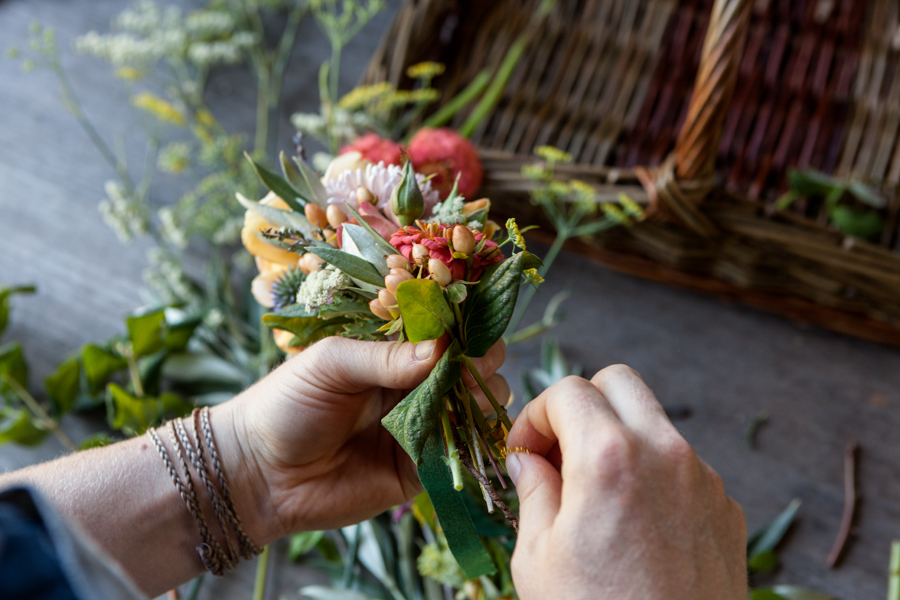 Step 4:
Attach more flowers and greenery to the crown, overlapping leaves over the wrapped stems to hide them. Continue building the crown in the same way, working from one end of the crown to the other. When you run out of floral tape, wrap it around itself to adhere and start a new length of tape in the same way. 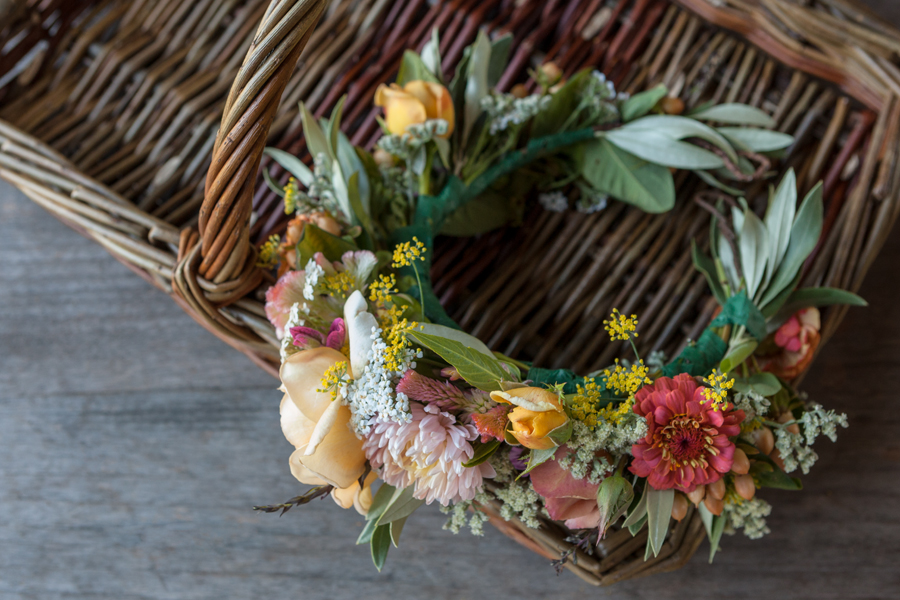 Step 5:
When you reach the end of the crown, attach a few flowers or leaves facing the other direction to hide the wrapped stem. Trim any protruding stems or wire pieces and adjust flowers as needed. 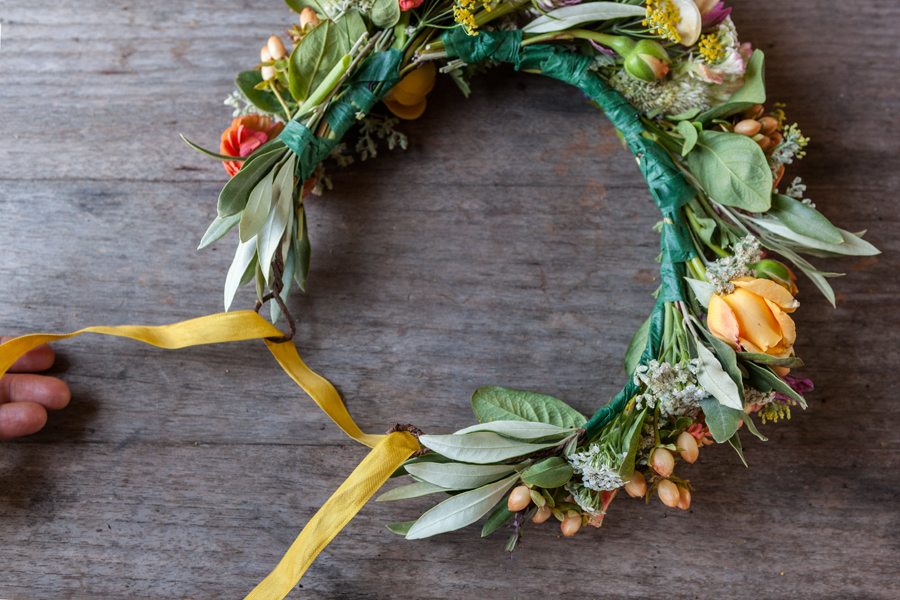 Step 6:
Cut a piece of ribbon to desired length. Thread ribbon through both loop ends of the crown and place gently on your head. Tighten until crown fits comfortably, then tie ribbon in a bow. 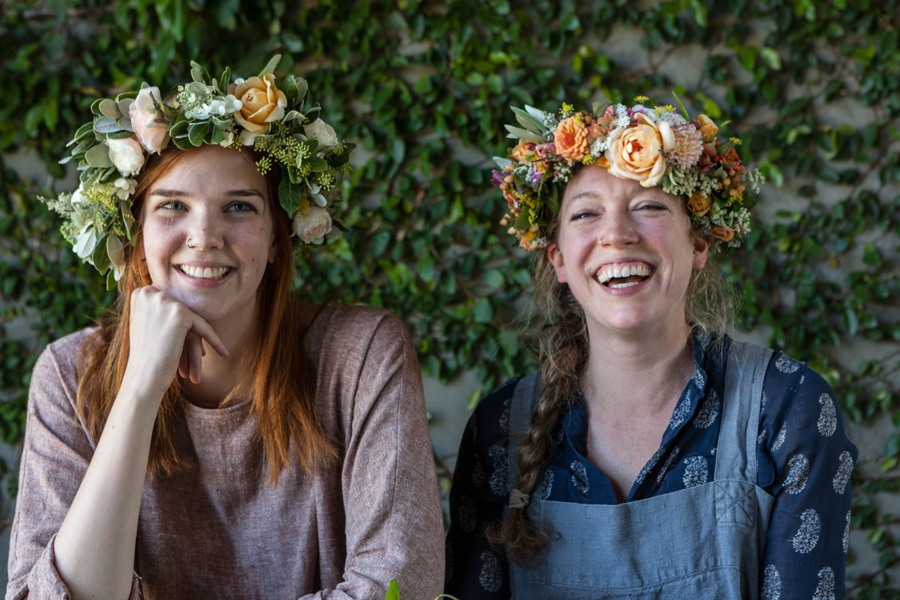 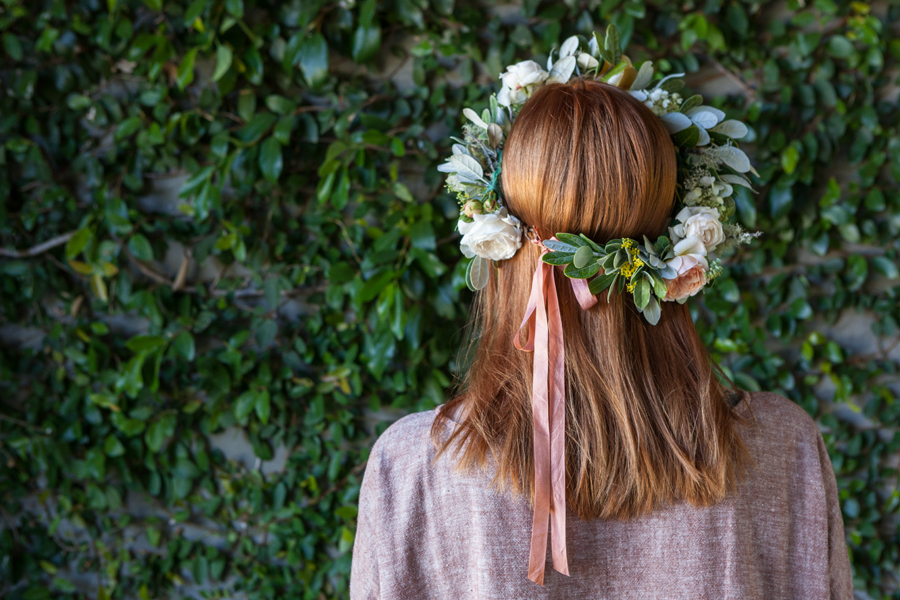 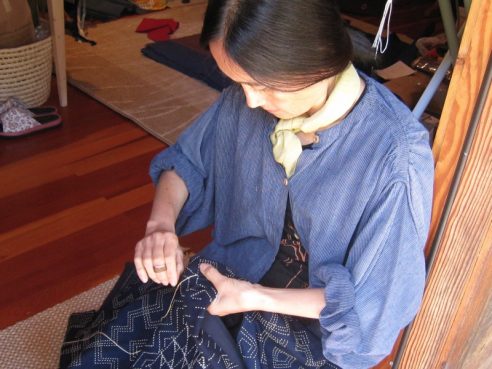 Sashiko stitching is an art form that evolved from a simple need. 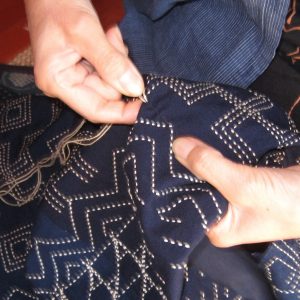 Sashiko began in the North during the Edo period (1603-1868) and moved south along traditional trade routes. The plain running stitch of thick cotton thread makes striking geometric designs on the fabric, and allowed working people to have warm, decorative clothing that was within the confines of the law.

As chilled as it makes us to even imagine, 17th century Northern Japanese farmers somehow worked outside in clothing woven just from hemp or linen, fabric that offered just barely enough protection from the fierce winter cold.

Industrial fabric production didn’t come to Japan until the late 19th century and then, it was too expensive for most people to afford. Cotton doesn’t grow in northern climes. Even if the farmers and fishermen’s families of Northern Japan could afford to use silk, it was illegal for citizens of those classes to wear it, as it was also forbidden for them to use bright colors or vibrant patterns. 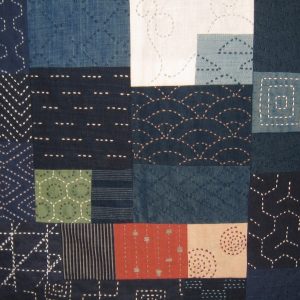 With fabric so dear and rare, each piece was carefully saved. Mending pieces of hemp fabric, traditionally dyed with indigo, allowed wives and daughters to stitch warmer pieces of clothing, adding layers from old scraps and cleverly incorporating a quilting style of piece-work that made for a more durable, more thermal, and ultimately — more beautiful items of clothing. 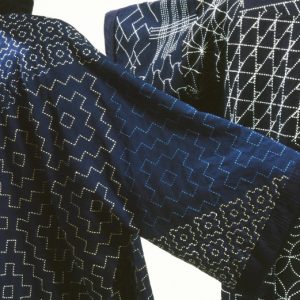 As the centuries progressed and cotton became more available, it was swapped for hemp and sashiko styles became more artistic and purposeful, with an aim beyond merely keeping the wearer warm.

Strengthening and adding bulk to fabric, quality sashiko stitchery eventually became a measure of suitability for young women hoping to marry, as sashiko-stitched kimonos were part of a traditional dowry.

Heavily padded sashiko garments were used by 18th century firefighters who would first soak their clothing with water, adding as much as 70 pounds to their frames, before combating fires. 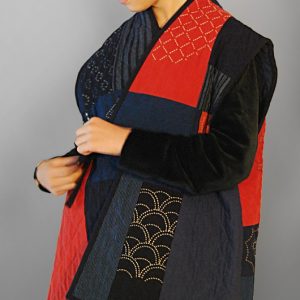 Today, sashiko stitchery adds a gorgeous note to handmade textiles and remains a beautiful way to mend such indigo as blue jeans or other clothes that deserve to be mended and amended, their beauty retained and appended.

Textile expert Marico Chigyo teaches a sashiko class at SHED on Saturday, July 7, from 10am-1pm. The images on this page are from her Chigyo Studio. Please plan to join us! 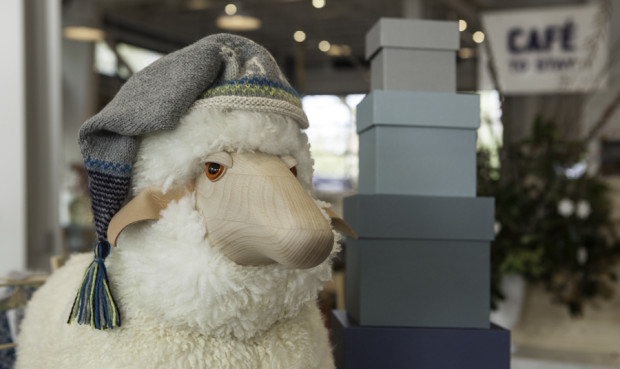 As more of us begin to question our allegiance to mass-market gifts and toys, perhaps this is the year you circle back to simpler times and create your own Handmade Holiday.