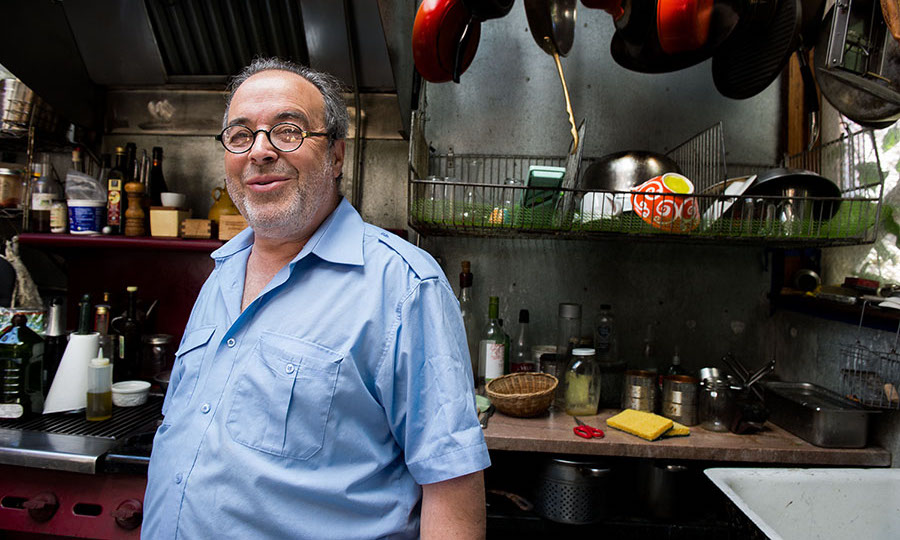 “My gift is that I have a very good sense of smell and a good palate,” says Angelo Garro by phone from his San Francisco workspace and home.

There are those who might suggest that Angelo has additional gifts. Like understanding the rhythms of nature. Like being able to track and humanely hunt animals. Like finding mushrooms and other edibles that are invisible to more urban eyes.

To SHED’s Doug Lipton and Cindy Daniel, perhaps Angelo’s greatest quality is the generosity of his friendship. Cindy and Angelo met over 30 years ago when she needed an artisan to help her with a unique structure she envisioned for the shop she had then in San Francisco. A friend suggested Angelo, a blacksmith whose Renaissance Forge is an SF institution, and he did the work.

A friendship was forged, strong as metal. Angelo was a guest at Doug and Cindy’s wedding. Babies came and thrived. The families still spend Thanksgiving together. Birthdays are celebrated. Time is spent in the kitchen and around the table, preparing food and then lingering over it.

Born in Sicily, Angelo left the country when he was 18, going to Switzerland where he went to art school at night and apprenticed with a master craftsman to learn his trade as a blacksmith by day. He eventually made his way to the Bay Area.

But no matter how long he is away, his earliest years in Sicily live freshly in his memory. And Angelo’s smell and palate remember particularly how his grandmother cooked and the rhythms of harvest and providence she followed.

These core memories allow him to wander Doug and Cindy’s HomeFarm property, see a Sicilian Hawthorne tree studded with sour berries, remember his grandmother making jelly from the fruit of a tree just like it, and then promptly making his own version that day in the kitchen.

It’s also informed his small product line, beginning with his Omnivore Salt (he is the Angelo Garro who famously helped Michael Pollan confront his carnivorous nature while wild boar hunting in The Omnivore’s Dilemma). Reminiscent of the mixture his grandmother used to both season and finish her dishes, Omnivore Salt combines sea salt with spices. A newer product, Omnivore Limone Salt, has a lighter profile and is composed of sea salt blended with lemon zest, dill, ginger, parsley, fennel, and black pepper. It is primarily intended to be cooked with.

Adding to his salts is a relatively new savory condiment, Omnivore Sicilia.

“Sicilia is mostly Mediterranean stuff, balsamic vinegar and olive oil and vinegar and garlic,” Angelo says. “My grandmother taught me about pickling and curing and that stuck in my childhood memory. Fennel is a national spice for Sicily because it’s wild. My grandmother always said, ‘If you have fennel, my dear, and you have red pepper and black pepper and sea salt that you collect from a puddle on the beach, then you can cook almost anything and you can pickle almost anything.'”

This type of native wisdom is increasingly rare, of course, and Angelo is justly admired for his dedication to keeping these traditions alive.

His ways fascinate and attract people; his manner turns them into friends. That’s how he met Alice Waters, for example, who has been a close friend for decades. He invited her to a party — under the Golden Gate Bridge.

Angelo traditionally celebrates his birthday by fishing for eels under the bridge and cooking an ultra fresh meal right on the spot. Some 28 years ago, Alice was invited to the party by a friend of a friend. Alice has since always thought, Angelo says, that he has “some really big secrets.”

Note from Cindy and Doug: And we love him! 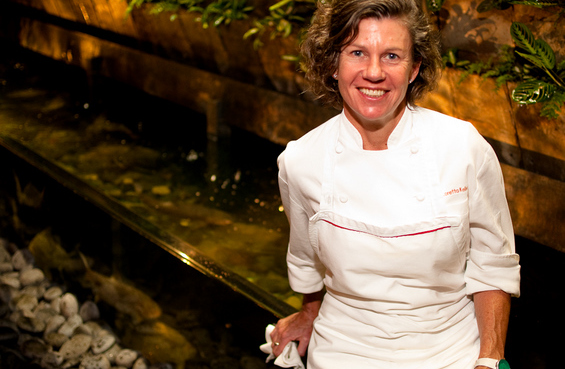 Chef Loretta Keller is one of the forces who fomented the San Francisco restaurant scene as we know it today, back when she worked alongside Jeremiah Tower at Stars, one of those kitchens that awakened the whole city to what a new era of fine dining could be.

When considering all of those white tablecloths in her background, it's kind of a surprise to learn that Keller is just as comfortable foraging for mushrooms as she is hunting wild boar as she is thrashing about for eels at low tide as she is behind the stove. Currently helming her Coco500 establishment, Keller — a James Beard nominee for best chef in the United States — is also the chef who opened the Moss Room at the California Academy of Sciences and the two great eateries at the newly revamped Exploratorium on the Embarcadero.

But when she comes to Healdsburg, where she's kept a home in the Dry Creek Valley for some 21 years, she's here to relax and cook with friends, as she will on Thursday, Feb. 6. And such friends!