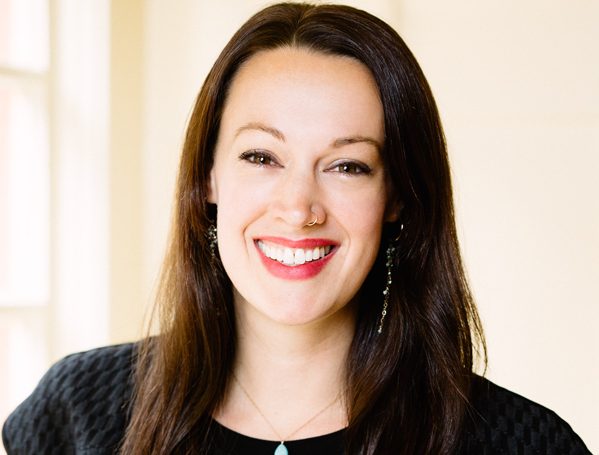 Spend an evening going back in time with San Francisco author Meredith Jaeger. Her two bestselling historical romance novels, The Dressmaker’s Dowry and Boardwalk Summer, explore the echoes of the past that still resonate in the present. In collaboration with the Healdsburg Literary Guild and Hanna Winery, SHED will be welcoming the author for an evening of wine, bites from our SHED chefs, and literary conversation.

The Dressmaker’s Dowry, Jaeger’s gripping 2017 debut, is the story of two women separated by time. Immigrant Hannelore Schaeffer works as a seamstress for 1876 San Francisco’s high society. Alongside her friend Margaret O’Brien, Hanna struggles to survive while mending finery for the wealthy. But when Lucas Havensworth comes to her shop and Margaret disappears, Hanna’s life is forever changed. What unfolds is part Cinderella story, part gritty adventure set against the backdrop of rough-and-tumble 19th-century San Francisco. Meanwhile, over a century later, San Francisco writer Sarah Havensworth struggles with dark secrets and writer’s block in equal measure. But after a jolt of inspiration straight out of 1876, Sarah draws upon her roots as a journalist to figure out what really happened to Hanna and Margaret.

Boardwalk Summer, out in June, is another generational epic rich in California history. In 1940s Santa Cruz, aspiring actress Violet Harcourt is crowned Miss California. Her ensuing struggle to balance her marriage with her ambition makes waves that are felt more than 60 years later. In the summer of 2007, single mother Marisol Cruz sells raffle tickets on the very boardwalk where Violet won her crown. When Marisol uncovers Violet’s obituary, she and a handsome newcomer are sent on a journey to uncover the connection between Marisol’s grandfather Ricardo and the lost beauty queen.

Meredith Jaeger was raised in the San Francisco Bay area by a Swiss father and an American mother. Her novels draw upon the Californian immigrant experience and the annals of American history. She is a USA Today bestselling author.

The Healdsburg Literary Guild has pursued its mission to enrich the cultural environment of the greater Healdsburg community through the literary art for decades. The Guild served the greater Healdsburg area by sponsoring the Literary Laureate honor. It also has conducted a literary venue since 2000 when the Guild started hosting the monthly Third Sunday Salon. In producing Luminarias, the Guild seeks to bring the best literary talent in the world to one of the world’s truly great communities.