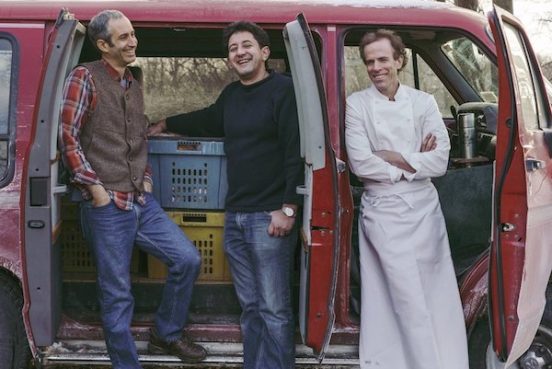 Dan Barber is more than a chef or restaurateur, he’s even more than an author. With the launch this year of the new Row 7 Seed Co., a collaboration with seedsman Matthew Goldfarb and plant breeder Michael Mazourek, Barber is now also a botanical innovator, aiming to input deliciousness into plants from the seed forward.

It’s a radical idea that’s already working. Witness the success of the Honeynut, a squash Mazourek — an associate professor at Cornell — developed some eight years ago at Barber’s request.

Boasting a higher nutritional quality and greater sweet profile than the Butternut, the Honeynut’s pure deliciousness prompted star chefs and even such outlets as Vogue magazine to support it. The exposure made this squash a culinary hit and today it’s readily available at Whole Foods Markets and other ordinary outlets. 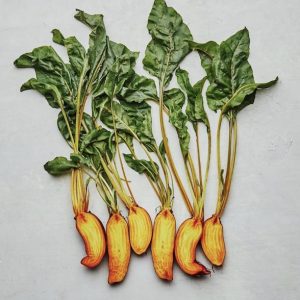 Developed to entice a child, the Badger Flame beet has none of the earthiness of traditional beets, but is sweet enough to be eaten raw.

Barber comes to our Modern Grange on Oct. 10, 2018, to introduce Row 7 Seed Co. in an event dedicated to good farming, good cooking, and good eating with a who’s-who roster of West Coast chefs.

We expect that one of the first questions he’ll address is this basic: What’s so radical about breeding for flavor? And here’s what we reckon will be one of his answers: Flavor is typically last on the list when large seed companies are involved.

Rather, large corporations breed for portability, chemical symbiosis (as with those seeds made to interact with Monsanto’s Roundup), uniformity of size and shape, and the varied notions of attractiveness that arise when one considers such as a tomato.

Durability and disease resistance are bred into Row 7’s seeds so that they don’t need to interact well with Roundup or other chemical inputs; they’ll be robust enough to resist pests and other dangers all on their own.

Ultimately, the delectability of the produce and its nutritional value are the first concerns. Unlike other breeders, Row 7 has pledged not to patent their line of seeds, encouraging users to acclimate to their particular spot in the world. They’re even working to make the leaves and stems of their squash delicious and edible.

And of course, the seeds are non-GMO, organic, produced without chemicals, and grown in the USA. When you’re going to do something good, why not do it all the way?

That’s the idea with Row 7. To do something good — all the way. Its initial seed slate includes the Badger Flame, a sweet orange beet that can be eaten raw; the Habanada, a habañero pepper with all of its floral notes retained without the heat; a potato that tastes as if already buttered; a cucumber with the yummy bitter edge that’s been bred out of most stock; and a squash that changes color on the vine to indicate ripeness.

At our own HomeFarm, we’re supporting Barber’s efforts by growing his Habanada and Badger Flame varieties for our produce shelves. We grew Row 7’s new line of peas last spring. Our friends at SingleThread Farms are growing some, too.

One of the genius beliefs that the folks at Row 7 hold is that chefs can actually influence supermarket choices by popularizing produce through their own artistry and evangelism. Actually: it’s all genius.