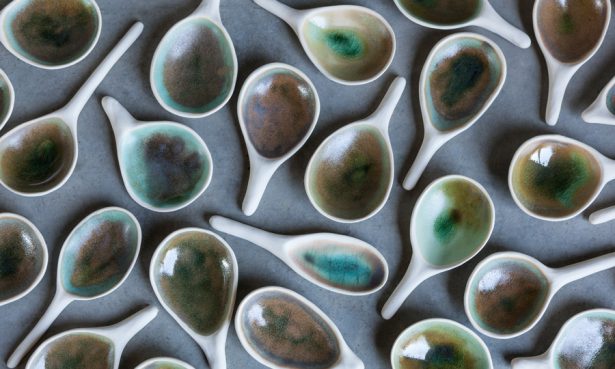 “I grew up in a cornfield in Illinois, but was living in San Francisco when I decided I needed to travel to Europe,” the ceramicist Cara Janelle says, explaining how she ended up in Barcelona.

She adds, “I didn’t have a plan, only a three-month tourist visa and a desire to explore new places.”

That was five years ago. 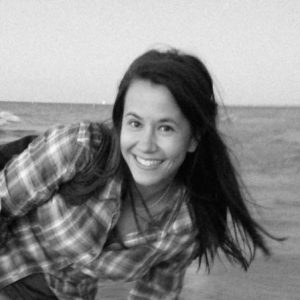 On a lark, Cara had taken a “hand-building” clay class in SF before she boarded a plane for Spain to begin her adventures. Like so many first steps, this one led her on a journey to an entirely new life.

“I chose Barcelona to be my base because I wanted to finally make a real attempt to learn Spanish,” Cara explains via email. “It was here that I took a ceramic class to meet some new people and to practice my Spanish.

“I didn’t know I would end up creating a business from a ball of clay.”

Made of porcelain and stoneware, Cara’s bowls, plates, spoons, and other culinary errata are delicate and curious, biomorphic and loose, touched with deeply hued glazes that surprise the eye. 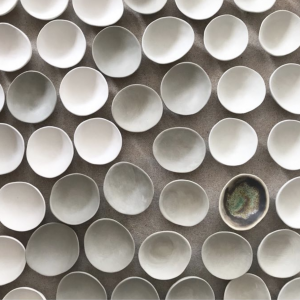 Having sculpted more traditional art pieces in the past, Cara used the courage she took from her Spanish ceramics class to begin to explore kitchen ware.

Considering that both clay and food are transformed by heat, it seemed a natural match. She created a small sample of work and showed it on a table at a local neighborhood market in Barcelona.

In a 2016 interview with lamonomagazine.com, she described what ensued.

“This Argentinian chef and his partner came around and went crazy for my plates. The next week they were in my studio ordering nearly 100 pieces for a tasting menu they were preparing in Norway.

“They barely gave me enough time to finish the project, and ended up flying me to Norway to deliver the order directly to the restaurant. That was the moment I decided I should be working with chefs.” 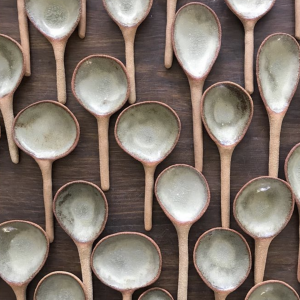 Today, Cara not only sells her nesting bowls, ceramic spoons, and other clever wares, she also creates for such luminaries as chef Simon Davies at Chicago’s acclaimed Alinea restaurant, among others.

Her work is imperfect and effortlessly elegant, marked by small surface surprises in the clay and unusual colors in the finished pieces.

“My work is predominately hand built using slabs, coils, and pinch pot techniques,” Cara says. “I don’t generally throw on the wheel anymore, therefore my current work is full of intrinsic imperfections that lend themselves to organic often biomorphic forms.” 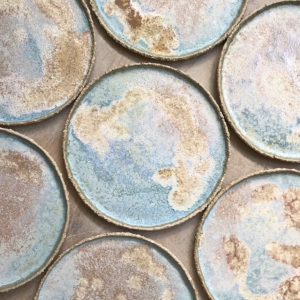 Some pieces look just like rocks until you pick them up and discover that the forms are hollow. Others resemble sliced crystals, dappled with stunning blue marks

All of her pieces possess a  grace and delicacy that is difficult to achieve working with stoneware — particularly if you’re building something that appears to be a rock. It’s just her touch.

“Before I started working with chefs and restaurants I was creating sculptural work for art galleries, inspired by anemones, coral, and sea urchins,” she says. 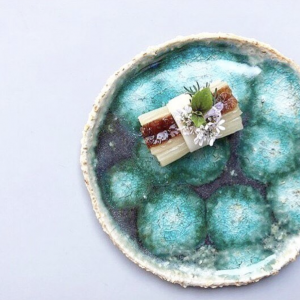 “These days I’m mixing glazes to find combinations that take me back to the crystal blue and rocky coastlines of the Balearic Islands,” she says, referring to a group of islands on Spain’s Eastern coast.

“The sea is still a novel and mysterious source of inspiration for me.”

Because her interpretations of tableware are so swift and imaginative, Cara admits that she sometimes has trouble knowing when a piece is finished.

“I try and keep continuity in most of the forms, but once in a while I get carried away and somehow a piece that I am working on has an unintended metamorphosis,” she told lamonomagazine.com.

“Sometimes I end up with a very happy accident.”

Keep up with Cara Janelle’s work and travels on Instagram.

This entry was posted in Meet the Makers and tagged bohemian, Cara Janelle, ceramics, stoneware.