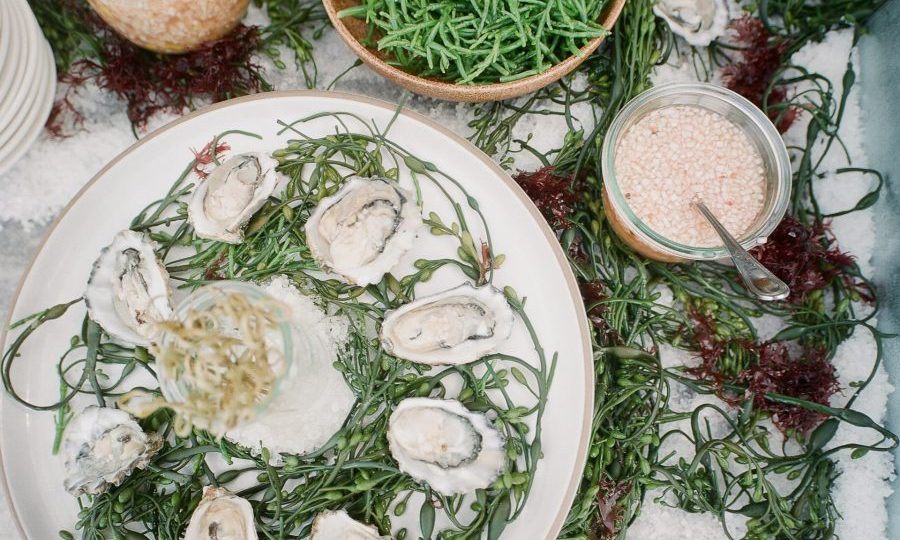 There’s more diversity to your average oyster than might be guessed. For example, there are 150 oyster varieties in North America alone. Eighty of the oyster varieties are in California. All of them spring from just five basic oyster families.

That’s a lot of briny goodness.

Understandably daunted, we restrain ourselves here to discussing just California oyster varieties. They’re numerous enough to warrant their own appellations, just like wine.

Sweet, salty, mild, powerful, aphrodisiacal, and assuredly delicious — our local oysters are as good as it gets. (Unless you’re from another oyster-growing area. Now, now — no fisticuffs!)

California oysters are confined to our colder northern waters, flourishing in Humboldt and Marin counties. It’s curiously difficult to find a good place to farm oysters and fertile beds are rare, making the resulting meat even sweeter.

Amethyst
Found along the Humboldt County coast, these sweet small oysters are marked by the deeply cupped shells that form during tide-tumbled cultivation. The taste is creamy with a light minerality.

Hog Island
• Virginica
Available September to July, the Virginica oyster is noted for its crisp and mineral flavors.
• Sweetwater
This popular varietal is marked by its symmetrically fluted shells, sweet meat, and mild salt effect.
• Kumamoto
These have nearly buttery meat in deep cups and are a true area favorite.

Tomales Bay Oysters
Up to four inches long, these meaty oysters are great on the grill as they can stand up to heat and sauce.

Humboldt Gold
Like wine grapes, oysters take on unique flavor profiles when stressed, as with this beach-cultured variety. Buttery, sweet, and briny!

We are indebted to the good folks at Chef’s Resources.

The oyster pirates preferred to ambush the beds by moonlight. Working mostly in pairs, with two men per vessel, they mustered together in ramshackle armadas of thirty or forty small boats. They waited until cloudless nights when the full moon shone brightly on the piles of pale shells on shore, before advancing on the oyster companies’ camps en masse, their pistols at the ready. They went by nicknames, like the Porpoise, the Centipede, the Spider or the Shark. One particularly vicious character, known for trying to tear off the faces of his opponents in hand-to-hand combat, was known simply as “Scratch.” Their ranks included petty thieves and notorious murderers, fishermen gone crooked and adventuring youths; and, in 1897, among their number was a twenty-year-old undercover Fish Patrol agent by the name of John Griffith Chaney, better known to you and me as Jack London.

This entry was posted in Eat Good Food and tagged California oysters, oysters.