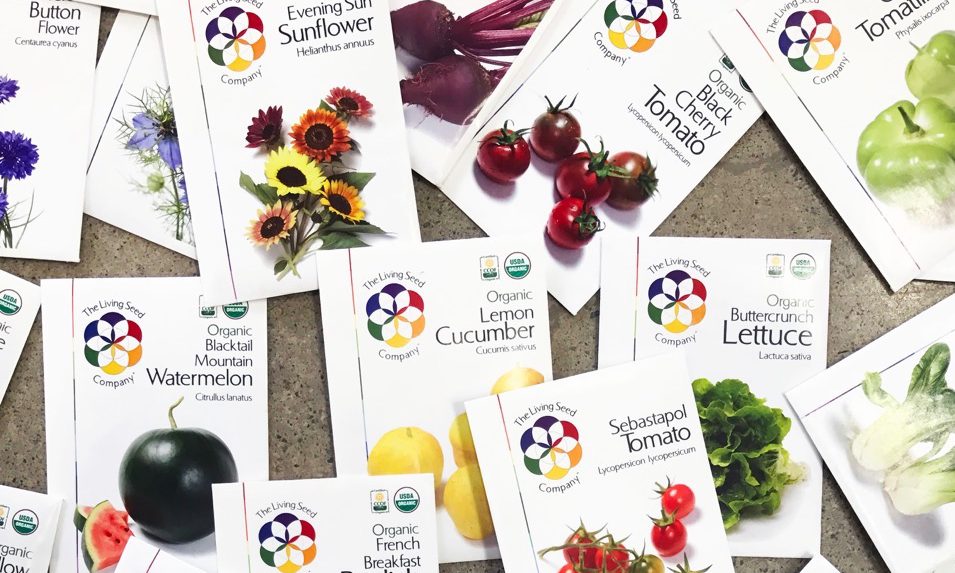 What does it mean to work with sustainable seeds?

Growing your own plants from seed has several advantages, not the least of which is that you can control the environment in which your food is raised, quite literally from the ground up.

This kind of growing also offers a nice lesson in self-reliance and resiliency, qualities that we can all embrace during times of climate change and other uncertainty.

Start with clean, good soil that is chemical-free — and be certain to start with the best quality seeds.

When possible, we like to use open pollinated seeds that are specific to our region. There are several different types of seeds available and it can be confusing at first!

Openly pollinated seeds are those whose parent plants begat them through the usual round of fertilization practiced by bees, hummingbirds, bats, and beneficial insects. They grow true to the parent plant and adapt over generations to their particular micro-climate.

Heirloom seeds are those in which the plant variety has been cultivated for generations, typically 50 years or more. They are generally open pollinated, and therefore well-adapted to the environment.

Hybrid seeds are developed through cross-breeding and don’t produce true to the parent. Often sterile, hybrids are good for one generation only.

We avoid hybrid seeds when possible as they tie the gardener and farmer to the corporation that developed them, which is antithetical to self-reliance.

Studies show that vegetable diversity is down about 95 percent from the vast types of food once grown the world over.

Seed saving and supporting open pollinated heirloom seed growers means supporting a larger diversity of food stuffs, which is better for our own health, as well as that of the overall planet.

Plan to try seed saving in your own garden this year. Collect dried seeds from successful plants and store them, noting where they flourished. Try them again next year and record the results.

This kind of attention to the world rewards on a level that your soul can understand. Isn’t that one of the reasons we’re out in the garden to begin with?

This entry was posted in Grow Your Own and tagged garden, grow, seeds.