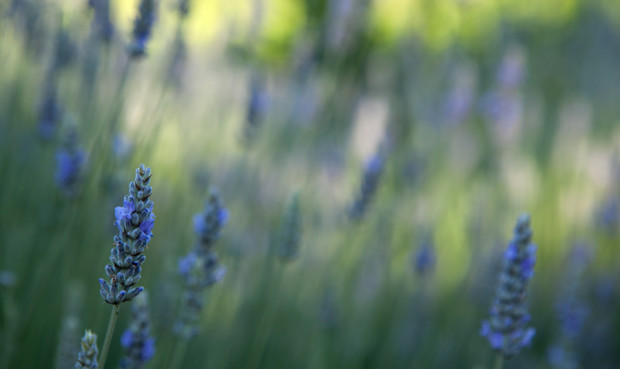 Not just for laundry soaps and bath products, lavender is a versatile culinary ingredient with subtle flavor.

Native to the Mediterranean, lavender has been used for thousands of years as a medicinal herb and as a perfume, and to a lesser extent as a culinary ingredient.

Lavender is in the mint family, and is a cousin to many of our culinary herbs, including mint, rosemary, sage, thyme, basil, marjoram, and oregano.

The herb pairs well with citrus, dairy, summer fruits and vegetables, poultry and lamb, and other herbs.

Lavender has been used for centuries for various ailments, including anxiety, depression, and sleeplessness.

Store dried lavender flowers and leaves in an airtight container away from sunlight. Properly stored, dried lavender should keep for at least a year.

Just in time for summer, check out our recipes for lavender salt and honey lavender simple syrup.