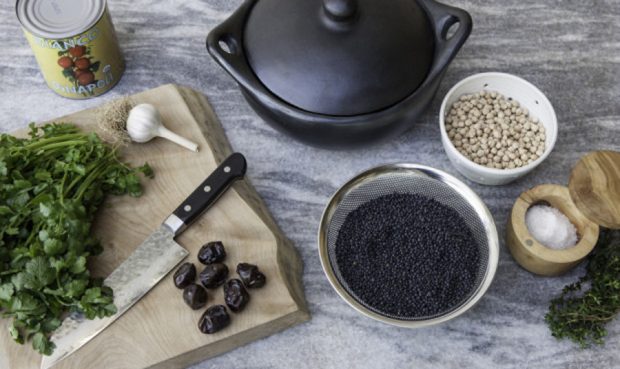 We love the lentil for so many reasons. Nutritious, fast-cooking, delicious, and of service, lentils are a life-saving and utilitarian variety of legume that belongs to the pulse family. With the U.N. General Assembly having declared 2016 the International Year of Pulses, now seems like a dandy time to get to know the lentil just a little bit better.

Pulses (also known as grain legumes) play a key role in providing food security to millions of people around the world in developing countries as a critical source of plant-based proteins. They can be found in a wide range of cuisines, from a traditional English breakfast of baked navy beans to Indian dal. Lentils are among the most popular pulses.

We love lentils for their versatility — they can be boiled, braised, pureed, tossed into cold salads, or blended into dips. They also pair well with bold, healthful ingredients like garlic, onion, spices, and olive oil. Unlike other dried legumes, their cooking time is relatively short, and they don’t need to be soaked first — making them a perfect ingredient for a weeknight meal.

Lentils (lens culinaris) may have been one of the first intentionally cultivated crops, thought to have first been farmed more than 8,500 years ago. It’s no coincidence that popular, legume-based dishes such as hummus come the Fertile Crescent that first nurtured humanity. Lentils were likely initially produced in Greece, Syria, and Palestine before becoming popular in Europe, Central Asia, and Egypt — and eventually being introduced to the United States in the early 1900s.

These cool-weather loving legumes have self-pollinating flowers that can be white, lilac, or pale blue in color. The plants can grow 12 to 20 inches tall, and produce small pods with one or two lentil seeds per pod. Lentils can be grown with limited irrigation and are commonly used in crop rotations with other cereals such as wheat and barley because of their nitrogen-fixing properties, which helps to increase soil fertility.

While planting generally occurs in early spring and harvest begins in August in most areas of the U.S., lentils are not sold fresh. Growers often use drying agents (chemical desiccants) and herbicides (such as Roundup) to aid in the drying process, so look for organically grown lentils if possible.

Not all lentils are created equal — they vary in their color and ability to stand up to heat. Here is a quick overview of the most common types.

When purchasing lentils, make sure to look for ones that are whole, as opposed to chipped or broken. Store them in a cool, dry place, such as an airtight container in a pantry, for up to four years.

We love this recipe for harira, a hearty, spice-forward soup that is featured in Heidi Swanson’s new cookbook, Near & Far. Harira is a staple throughout many menus in Morocco often used to break the fast during Ramadan. Black or du Puy lentils (or a blend of the two) will do the trick here, as they hold up best in cooking.

Chop the cilantro stems finely and set aside in a pile. Chop the leaves and reserve separately.

Heat 1/3 cup of the olive oil in a large soup pot over medium-high heat. Add the onions, celery, garlic, ginger, and cilantro stems, stir to coat, and cook until everything softens a bit, 5 minutes or so.

Grind the saffron with the salt into a powder with a mortar and pestle and add to the pot along with the cinnamon, sweet paprika, red pepper flakes, and cumin. Stir well before adding the chickpeas and lentils. Stir in 4 cups of the water and bring to a simmer.

In a separate large bowl, gradually whisk the remaining 2 cups of water into the flour, a splash at a time to avoid lumps.

Add the lemon juice, tomatoes with their juice, and most of the remaining cilantro. Stir well, breaking up the tomatoes somewhat.

Add this mixture to the soup and bring to a simmer, stirring often. Once at a simmer, cook for another 15 to 20 minutes, stirring occasionally, until the lentils are cooked through.

When you have about 5 minutes left, stir in the marjoram and pasta. Once the pasta is cooked, adjust the seasoning and serve topped with dates, the remaining cilantro, the remaining olive oil, and the reserved celery leaves.

Note: For a gluten-free version, substitute 2 to 3 tablespoons of cornstarch for the all-purpose flour, and omit the pasta.