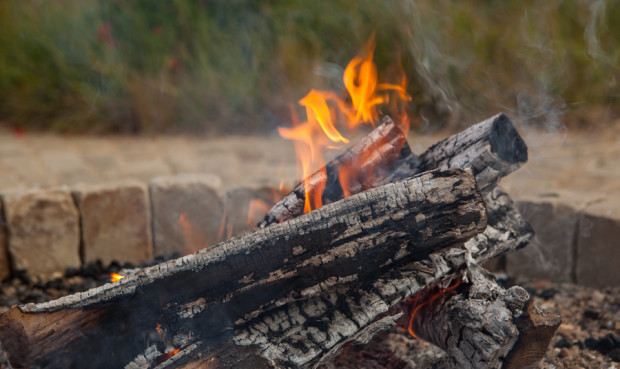 Grilling chicken, flame-broiling burgers, and charring hot dogs are all acceptable uses for your barbecue, but really — is that all there is? Shake up your outdoor cooking slate by making heritage rice dishes and experimenting with specialized cookware this summer.

Paella is a wonderful start. A versatile dish traditionally made outside over a wood fire, cooking paella outdoors allows smoke to impart its flavor while the heat of the flames encourages the rice that forms paella’s base to brown and turn marvelously crunchy.

Named for the pan in which it cooks, paella is thought to have evolved in the eastern Valencia region of Spain with the arrival of the Moors over 1,000 years ago. The Moors brought many things with them, including a love of rice, planting it in a lagoon still used to grow this grain today.

The Moors also brought a love of saffron, the delicate and difficult-to-obtain spice culled from the stigma and styles of crocus flowers. The bright red “threads” of saffron impart a gorgeous deep yellow color to the food.

Paella traditionally contains as many as three types of beans, perhaps artichokes, a sofrito base that is like mirepoix, and definitely such foraged meats as rabbit and snails. In the 20th century, when Spain became popular with painters, writers, and the tourists who followed them, paella evolved to embrace seafood, and, most originally, chicken with seafood.

A humble dish meant to be shared straight from the pan, paella is flexible and glad to take any and all comers. There is no “best” or “right” way to make it when you’re at our outdoor grill. There’s only the way that you make it.

But there is one absolute: the rice. In Valencia, they use the short-grain rice brought to them by the Moors. But modern sentiment is moving toward medium-grain rices that better absorb the pan’s flavors. We love Koda Farms’ Kokuho Rose medium grain heirloom rice for paella.

Alberto Harraiz’s simply titled cookbook Paella offers a wealth of variations on this generous dish.  Our paella set pairs Harraiz’s book with our favorite paella tool, a commercial-grade black carbon pan that is lighter than cast iron and does an excellent job distributing heat evenly, all the better to create a crispy rice bottom.

In another Spanish-speaking country, a different sort of cooking vessel informs the food. The comal, a traditional “griddle” used to cook tortillas, roast tomatoes, or sear meat, is indigenous to Mexico and Central America and has probably been in use in form or another since 700BC.

We’re proud to offer a unique take on this ancient utensil as produced by Oaxifornia. A cooperative exchange between the California College of the Arts and artisans in Oaxaca, Mexico, Oaxifornia uses the tools of contemporary art and design to revitalize traditions that might otherwise fall by the wayside through a model of creative collaboration.

The Oaxifornia red clay comals that we have in our Healdsburg store are designed and produced by Mujeres del Barro Rojo (Red Clay Women) in the Tlacolula valley of Oaxaca in tandem with Oaxifornia. These dishes work in a stove, on a stove, or with fire.

Members of the Oaxifornia collective will be in-store on Saturday, June 13, from 10:30am to 12:30pm, demonstrating different fire-born uses for their clayware, including traditional tortilla preparation, huevos comal — which use no butter or oil, just salt and eggs — and fresh roasted salsas. If you’re nearby, we hope you’ll plan to stop by and learn more about this handsome, easy-to-use clayware, its rich history, and its exciting future in tandem with the artists gathered within Oaxifornia.

Less exotic but still perfect for outdoor cooking are Lodge’s traditional cast-iron Dutch ovens and the very fun pie and waffle irons produced since the 1960s by Rome Industries in Peoria, Ill. The Dutch oven is a car camping essential that allows you to stay outside indefinitely, making soups and stews as well as bread and even cakes out-of-doors.

The pie and waffle irons come in both cast iron and aluminum with long wooden handles perfect to extend out over flames while making grilled cheese sandwiches, paninis, simple fruit pies, and flame-cooked waffles. They make us giggle every time we behold them and their promise of a simple, happy life out under the stars. To that end, we also carry skewers perfect for roasting hot dogs and marshmallows.

Whatever you prepare and however you do it, we wish you a warm season of cooking pleasures out of doors and under the sky, gathered with loved ones, a few excellent bottles, and the giving ease of fire.

This entry was posted in Cooking, Healdsburg and tagged cooking, outdoors.