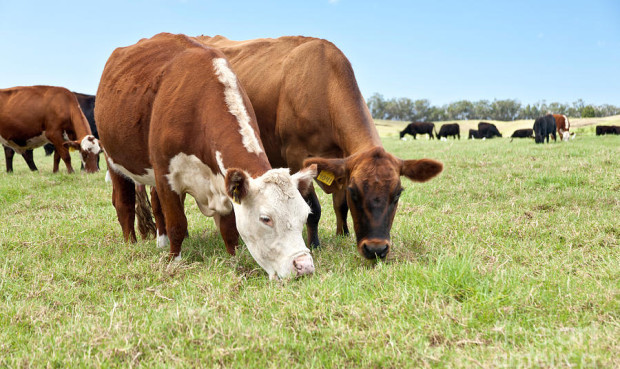 It’s estimated that it takes 1,000 years to grow just a centimeter of soil, and, if it is healthy, a handful of it might contain more microbial life than there are humans on Earth — yet modern agriculture increasingly treats our soil like dirt.

Big Ag uses an immense amount of petrochemicals — and by that we mean: oil — to fertilize and coax the ground below us to produce at the rates needed to feed the overwhelming population of an overwhelmed world.

When the scientific breakthroughs made by the petrochemical industry during WWII leached onto the land, farming changed forever. The trick is to change it back. We’re only a few generations away from that time when farming was a more ordinary event. Many of us remember a childhood in which truck farms circled cities, providing the food that residents needed. The cult of the local didn’t then carry any kind of a rarified conceit because it was just normal, and the ingredients of a simple lunch weren’t better traveled than the person eating it.

The trend, thankfully, is coming back around to the local and the seasonal, but none of that means anything if the land that we tend isn’t able to feed us. The situation is dire enough that it’s captured the attention of the United Nations Global Assembly, an august body that has declared 2015 to be the International Year of the Soils.

On Wednesday, May 20, we hope to amplify the UN’s mission by hosting a free panel discussion, “The Dirt on Beef,” moderated by Roots of Change president Michael Dimmock in conversation with author and attorney Nicolette Hahn Niman and Center for Food Safety Cool Foods director Diana Donlon.

Niman, most recently the author of Defending Beef, is married to transformational rancher Bill Niman, and is a vegetarian who finds herself in the unusual position not only of supporting her family with cattle production but defending its practices. But that becomes less unusual when one takes into consideration that the Nimans raise their grass-fed cattle in opposition to the factory farming that produces most of America’s beef.

Rather, they work to cultivate the circle of life that has allowed pastoral animals to thrive for centuries, with the grass providing the animals’ feed and the animals providing manure and nutrients to the grass. Niman argues in her book, her many Op Ed pieces, and in a recent interview with the Climate One radio show that it’s possible to scale her family’s methods and practices sufficiently to continue to feed the world, soil not only intact but the better for it. What isn’t possible is to continue our factory farming practices and expect everything to stay in balance. That moment has already passed.

Speaking to a Food Tank audience this winter, Donlon stressed that sequestering carbon in the soil is a necessary step in combating climate change. “Improving our soil is low-cost, has universal application, and can be done anywhere — be it in a home garden, by the side of a highway, or in a village in Africa,” Donlon told the Food Tank audience. Later, she added, “We should celebrate soil as an unsung hero with a lot of hope and opportunity.”

That’s certainly among our goals when we host Michael Dimmock, Nicolette Hahn Niman, and Diana Donlon in our upstairs Grange on May 20 at 6:30pm. The event is free, but the courtesy of an RSVP will ensure your spot. We hope that you’ll join us for this important discussion on soil, food, and other unsung heroes.