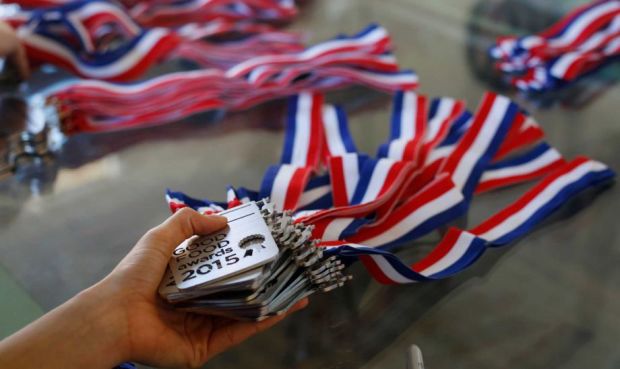 What makes a food “good”? OK, we’re game. Is it tasty? That’s a virtue in any food. But start digging further and the limits of “good” soon become apparent.

Are its ingredients authentic and responsible? Does the producer pay a living wage and otherwise support employees, if any, as well as its suppliers? Do they know exactly where the stuff of their wares comes from?

These considerations and others mark the decisions made in the annual Good Food Awards, just held Jan. 8, 2015, in San Francisco. Established in 2009, the Good Food Awards have already become known as the “Oscars of the food world” for the thoughtful honor an award bestows — and its mark of consumer credibility.

For the 2015 judging, some 1,462 companies submitted to be considered in 11 categories ranging from beer and cider to pickles to cheese to honey and more. Contestants came from five national regions and 146 of them made the cut.

As a member of the Good Food Awards Retailers Collaborative, SHED co-owner Cindy Daniel judged in the pickles category and helped to present awards. SHED itself is proud to be Presenting Sponsor of the GFA.

Emanating from this winter’s awards is an exciting new mercantile initiative that will find retail leaders from across the U.S. gathering this spring to brainstorm ways to support artisan producers through their collective buying power.

“We’e really happy to be in this milieu of thinkers and creative people,” Cindy says. “And, we want to get this food on shelves. The question is: How can we be the vehicle for this change?”

SHED already supports the work of many GFA winners. Sonoma County producers who won in this latest round include Bellwether Farms (in the Cheese category for their whole Jersey milk ricotta and blackberry sheep’s milk yogurt); the Olive Press (in the Oils category for their Sevillano extra virgin olive oil); and Hanson of Sonoma (for Spirits, with their Sonoma Organic Vodka, Original).

2015 GFA award winners from the San Francisco Bay Area whose products we are glad to support include the charcuterie entered by FISH restaurant, which is owned by our seafood supplier Two X Sea. Also a charcuterie winner,  Fra’ Mani took home an award for its salame nostrano. Dandelion Chocolate won in its category for its Butuo chocolate, and Little Apple Granola took an award in the Confection category for its Apple Cider Caramels (we practically lived on them during the winter holidays). INNA Jam, a company we adore, took home a prize in Preserves for their Black Mission Fig jam while their quince Shrub won in Spirits. KATZ, a small label vinegar house, also won in Preserves, for its Late Harvest Viognier Honey and Late Harvest Zinfandel vinegars.

A lot has changed since the GFAs were launched in 2009 as a way to extend the information and excitement generated by the 2008 Slow Food Nation event. Consumers are increasingly savvy about the food they eat and the food that they want to eat. Producers, even large chains, are taking notice and at least paying lip service to the importance of authentic, socially just products.

We’re excited to be a part of it. The GFAs are an important marker in the effort to re-feed the American public with real food, authentic food, and indeed, good food.

This entry was posted in Artisan Producers and tagged Good Food Awards.