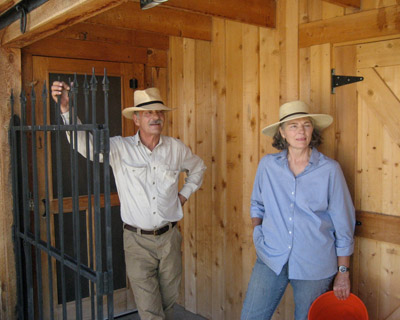 Aceto Balsamico Tradizionale is a coveted but sometimes misunderstood condiment, especially because most of the balsamic vinegar we see in the grocery stores is not real balsamic at all, but rather mass produced red wine vinegar sweetened with sugar and flavored with caramel. With varying viscosity, traditional balsamic vinegar, the dark, brown, syrupy variety, is often taken for granted by the untrained palate. And although the commercial type is ubiquitously found on dining tables and supermarket shelves across the country, making traditional balsamico is time consuming and complicated. A 4.5 ounce bottle of Aceto Balsamico Tradizionale is the distillation of some 200 pounds of grape juice that has been boiled to a must, carefully skimmed, innoculated with a "mother of vinegar" and then poured into wooden barrels to age, allowing extra liquids to slowly evaporate over a long period of time — typically 12 years or longer. Each year, the vinegar is re-barrelled as it condenses, a large barrel's worth poured into a smaller sized one, and so on down the line.

Master chef Paul Bertolli makes his own traditional balsamic vinegar in Sonoma County, not his native East Bay climes, because of our dry hot summers — a perfect environment for slow evaporation. He started a batch for his son when the child was an infant, 15 years ago, to impart the idea of continuity to his son. There's a cycle to balsamico making analogous to the human life cycle: the young or new vinegar must have time to mature and age.

Former Marin County resident Steve Darland and his wife Jane (shown above) make their own balsamic, too, in New Mexico, on land they've named Monticello. Steve studied under Paul to learn the secrets to this truly ancient art, and he traveled to Modena and Reggio Emilia, the two homes of Italian balsamic. In Italy, he engaged a cooper to build his barrels just as the man's family has done for others for over 500 years. A mixture of woods, these barrels impart a taste to the vinegars, becoming more flavorful as the years progress, and more valuable. The Darlands store their balsamic in a manner traditional to Italy, too, in an acetaia, or attic, that they constructed on their property that features thick natural walls that breathe in the summer's heat. And they use the Trebbiano grapes revered in Modena and Reggio Emilia for the best balsamics.

The resulting vinegar is one they've dubbed Traditional Aceto Balsamico of Monticello. Retailing for $150, each 4.5 ounce bottle contains 100 servings, and only 1,000 hand-numbered bottles are released each year. Because that's the thing with "real" aged balsamic vinegar: A drop, a drizzle, is more than enough to enliven and alter a bowl of ice cream, a clutch of strawberries, a round of fresh cheese, one half of a peach. It's extraordinary stuff; transformative, really.

Steve Darland comes to SHED to share his Balsamico and his knowledge on Saturday, Aug. 2, at 5pm. Please join us and taste what Paul Bertolli has called "The best and most authentic of the New World balsamics I have tasted."